News
Business
Movies
Sports
Cricket
Get Ahead
Money Tips
Shopping
Sign in  |  Create a Rediffmail account
Rediff.com  » Business » Why govt must not get carried away with get-rich-quick syndrome

In India we have to be careful not to copy any level of dependence on the financial sector and infatuation with the get-rich-quick syndrome, says Jaimini Bhagwati. 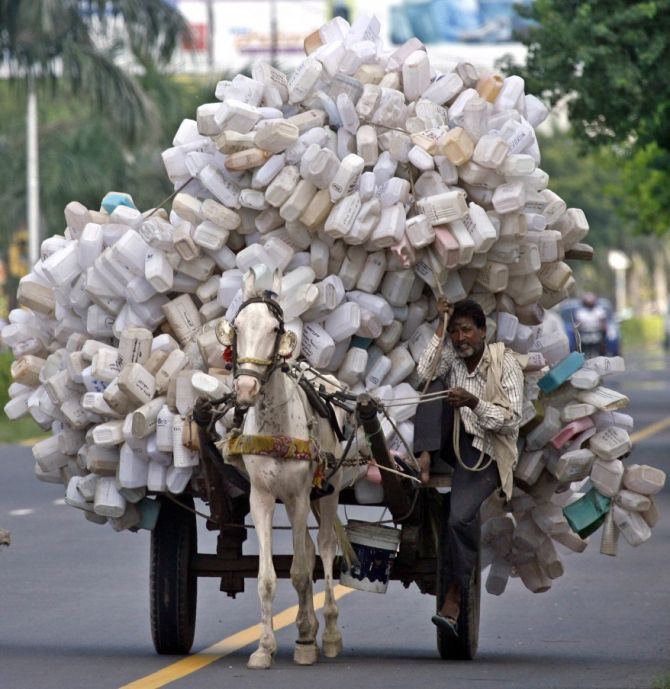 On October 6, it was reported that Janet Yellen, the chairperson of the US Federal Reserve, was at the top of the 'Bloomberg Markets Most Influential List.' Ms Yellen was ranked higher than President Barack Obama, who was at the sixth place, below the fifth-ranked Warren Buffet, the CEO of the investment firm Berkshire Hathaway.

Further down the list at the eighth place was Lloyd Blankfein, the CEO of Goldman Sachs, ahead of German Chancellor Angela Merkel, who was ranked ninth.

According to Fortune magazine, 'the Bloomberg Markets list was first started in 2011, and usually features individuals with the most power to shift policy and affect markets.'

At first blush, such rankings are amusing and to be taken lightly.

It is also likely that Bloomberg ranks relative influence with reference to financial markets and not to national economies.

In 2004, at a meeting of the Eastern Economic Association, former Federal Reserve chairman Ben Bernanke suggested that 'improvements in monetary policy' have contributed significantly towards the so-called 'Great Moderation' in limiting macroeconomic (growth and inflation) volatility.

Well, inflation has certainly been muted -- and then we had the financial sector Armageddon of 2008.

On a related note, it is probably true that but for the US Federal Reserve providing dollar liquidity post September 2008, international financial markets could have seized up.

The Economist on October 3, 2015, regrets in a special report on the dollar's role in the world economy that as a result of the mistrust after the financial sector crisis it is now harder for 'Wall Street types' to work for the US government in the field of 'economic diplomacy.'

The same report states that since 1945, 14 out of 24 US Treasury secretaries had worked on Wall Street.

Contrary to what The Economist thinks, damaging conflicts of interest are inevitable in such revolving door appointments. Reverting to the present, it seems that the Federal Reserve and the European Central Bank are continuing to fight the last battle.

They appear to be more concerned about the health of international financial markets, including the impact of recent developments in China, than growth.

Even though output gaps are difficult to estimate, the IMF's World Economic Outlook Database lists these numbers for G7 economies. And, from 2009 to 2015, except for Germany, the other six G7 countries had a consistently negative output gap.

For the remaining three, namely the US, Germany and UK, the output gap for the US is estimated at minus one per cent of GDP for 2016, which turns marginally positive in 2017, and positive output gaps are projected for Germany.

It follows that inflation is likely to remain below desired levels in Europe and Japan; and even in the US, there are no palpable signs yet of inflation. High inflation impacts all income groups negatively. However, the consequent higher interest rates have a differential impact across income groups.

Consistently, higher interest rates invariably leads to a depreciation of the exchange rate (except perversely in India) and reduces the present value of future dividends, royalties and so on (components of earnings of the seriously rich).

Banks are hurt too because they borrow short and lend long.

However, higher interest rates help those who depend on interest earnings to supplement meagre pensions.

Private firms in G7 countries are not investing enough despite the glut in liquidity as they do not anticipate adequate demand.

Europe with an aging population and irreducible social, health and unemployment benefits feels that its current government debt levels are already elevated. Gross US debt was 105 per cent of GDP in 2014. Plus, with convertible currencies and open economies, demand stemming from fiscal initiatives could leak to other countries.

However, demand could be contained within national borders by investing in infrastructure (bridges and railways).

On balance, although gross government debt as a percentage of GDP has risen for G7 economies in the last five years, the numbers are within manageable limits. Therefore, since lowering taxes is not an option, another round of coordinated fiscal stimulus may be warranted.

The latest annual meetings of the World Bank Group and the IMF took place in Lima from October 9 to 11.

The communique suggested that 'advanced countries should maintain an accommodative stance' and the 'global financial regulatory agenda should be completed.' India can take little comfort from such homilies.

Although Congressional approval will not be easy, this is a significant achievement since the global Doha Round of trade negotiations has long since been dead. Over time, India should find ways to improve standards across a number of real sectors including government procurement to be eligible to join this and similar trade groupings.

At the elevated levels of per capita income and generous unemployment and other benefits in OECD countries they have the luxury to persist with low levels of growth.

Additionally, it is a given that an efficient financial sector is extremely useful for all economies.

To sum up, in India we have to be careful not to copy this level of dependence on the financial sector and infatuation with the get-rich-quick syndrome.

Jaimini Bhagwati is a professor at ICRIER. The views expressed are personal.