When it comes to economy, Obama is clueless, Romney confused

Neither Obama nor Romney realise that government intervention as it is practiced in the US is not the answer to deliver people out of poverty, writes M R Venkatesh. 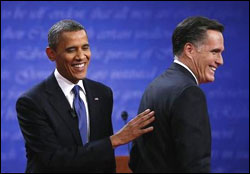 Political analysts do not realise that this doubling of these commodity prices signifies an implicit depreciation of US dollar in the past three years.

Yet, this depreciation has not made the US economy competitive. It continues to run gargantuan trade deficits, notably with China. Simultaneously under Obama, the US economy ran budget deficits too, in excess of $1 trillion every year, for the past four years.

The net impact - US national debt in 2008 which was less than $10 trillions, now exceeds a staggering $16 trillions. Interestingly, it is pointed out that the debt contacted during the first three years of Obama's presidency exceeds the combined debt of all Presidents beginning George Washington till Clinton took office!

As a consequence, the Debt-GDP ratio in US has crossed 106 per cent even as I write this. All these prompted the Standard & Poor to downgrade the US debt rating from AAA last August.

Despite contacting such massive debts [in excess of $6 trillions] during these three years, the GDP of US under Obama's presidency has risen barely by a trillion dollars - from $15 to $16 trillions. That implies that a dollar rise in nation income necessitates a six dollar increase in national debt - a fact that is lost on most economists.

Consequently, despite all the hoopla surrounding the US economy under Obama administration, the number of unemployed has been consistently in excess of 7.8 per cent while real median household income decreased - yes decreased - by $4,000. Meanwhile, the number of people dependent on food stamps increased from 32 million to 47 millions.

With soaring unemployment, half of Americans are carrying forward their credit card dues aggregating to nearly $800 billion paying interest rates in excess of 13 percent per annum. As a direct result of all this, the household debt to income ratio exceeds 160 per cent - which in turn implies bankrupt citizenry besides a near bankrupt government.

Further, a staggering 48.5 per cent of all Americans live in a household that receives some form of government benefits. Back in 1983, that number was below 30 per cent.

Finally the killer punch: according to The New York Times, approximately 100 million Americans are either living in poverty or in "the fretful zone just above it."

Thanks to the Internet, all these information on US economy and much more are readily available.

For over a decade now some economists have been consistently warning that the American economic model is well and truly unsustainable even for the US. Worryingly, the US government and mainstream economists have been in a state of denial and hence unable to conjure appropriate remedial measures. Are the laws of economics finally catching with the US? Probably yes.

One may recall that it was just a few years ago, in the fall of 2008 to be precise, that most pundits across the globe approved every bit of Obama's movement, applauded every single utterance and appreciated every single idea of his. It would seem that he could do no wrong.

Strangely the man, without telling clearly what he intended to do, mesmerised the voters with his slogan "yes we can." The soft under belly of competitive electoral politics, even in a matured democracy like US was clearly visible when Obama could exploit the latent fears [in the back drop of the 2008 US financial crisis] of the electorate blatantly.

An electorate already reeling from the effects of the US financial crisis, voted for a Tweedledum, who was suave, smoother and smarter than Tweedledee. In the process, the bankruptcy in the US thinking to tackle their economic crisis was exposed like never before.

Way back in November 2008, just days after his election in a column titled "The economic challenges before Obama" I had commented on how his promises to fix the US economy was "akin to promises made by our politicians during election time: with a crucial difference, of course: it is constructed with absolute care, sugar-coated with clinical precision and delivered with absolute finesse so as to escape any sort of critical examination."

Pointing put to the fact that several lobbies and vested interest had effectively taken over the US economy, in conclusion, I observed that Obama had a clear choice - "to eliminate all these cartels and lobbies and be a genuine ambassador for change."

In the alternative, I had suggested, he could tinker with the US economy "like the makers of the Ambassador car in India in the seventies who tinkered with the tail-lamps and dashboards to bring about newer models." "At this point," I had predicted then, "he seems to be going the Ambassador car way."

Lest readers believe that I am needlessly needling Obama, I must hasten to add that McCain, the presidential nominee of the Republican Party in 2008 too did not proffer any great solutions either. Put differently, if Americans had elected McCain instead of Obama, would it have made any significant difference to the US economy today? I guess not.

Not an economic crisis, but crisis of economics

The Democratic Party under Clinton worked hard for China's access into the WTO. The Republicans under Bush carried the agenda to a logical conclusion and in 2001 China became a member of the WTO.

As Republicans accuse Democrats and vice-versa, economists point out that US lost 50,000 manufacturing jobs on an average every month ever since China joined WTO. And in a remarkable co-incidence more than 56,000 manufacturing facilities in US have also been shut down since 2001.

Yet Romney promises 12 million new jobs in his debate with Obama last week. Experiences of the past decade in US indicate that this is extremely difficult if not impossible. So what is Romney's game plan?

On this, Romney is delightfully vague [as Obama was four years ago]. As a way forward, he believes lowering taxes would do the trick to revive manufacturing in US, little realising that taxes are a function of profits.

Where is the question of profits [and taxes] when manufacturing facilities are getting closed by the thousands on a yearly basis? Romney misses the obvious.

Alleging that Obama ran an administration for four years on what he calls as a trickle-down-government that allowed for "a bigger government," in the process "spending more, taxing more, regulating more" Romney concedes that the "amount of debt we're adding, at a trillion a year, is simply not moral."  Perfect.

But to achieve deficit cuts without raising taxes Romney proposes to cut government expenditure. In a rhetorical flourish he adds "What things would I cut from spending? Well, first of all, I will eliminate all programs by this test, if they don't pass it: Is the program so critical it's worth borrowing money from China to pay for it? And if not, I'll get rid of it."

In short, he proposes to cut expenditures, not raise taxes and yet lower deficits!

Obama's response to controlling deficits is slightly complex. "You know, my grandmother, some of you know, helped to raise me... And she was fiercely independent. And she ended up living alone by choice. And the reason she could be independent was because of Social Security and Medicare. She had worked all her life, put in this money and understood that there was a basic guarantee, a floor under which she could not go" he adds rationalising his policies.

Now if that sounds complicated, Obama labours on and adds "And there are millions of people out there who are counting on this" implying that the US government cannot cut its welfare expenditure because of its poor people. Obviously Obama assumes that his welfare policies, which eventually lead to such extraordinary debts and deficits, are good economics.

"So my approach is to say, how do we strengthen the system over the long term?" Long-term? Well that is a politician's way of saying not my responsibility to clean the mess created by me.

Importantly, Obama and Romney do not realise that US government expenditure as a share of GDP has steadily risen from 17 per cent in 1948 to approximately 42 per cent now. In the interregnum, both the Republicans and Democrats have alternatively been in power and hence collectively guilty of this economic mess.

In conclusion, Romney has no concrete game-plan to generate employment. Obama on the other hand has no idea on the debilitating impact of debts and deficits. No wonder, for the American electorate, electing Obama or Romney makes no real difference. One is clueless; the other, confused.

The author is a Chennai-based Chartered Accountant. Comments can be made to mrv@mrv.net.in
M R Venkatesh
Related News: US, Romney, Obama, WTO, GDP
Print this article
'Bo Xilai suspected a plot to poison his second wife' 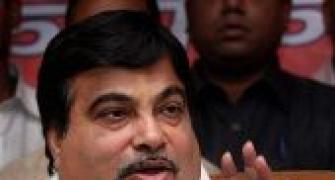 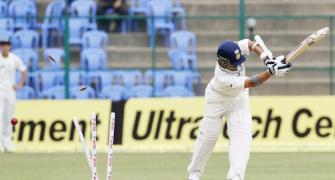 Is Tendulkar on the decline? 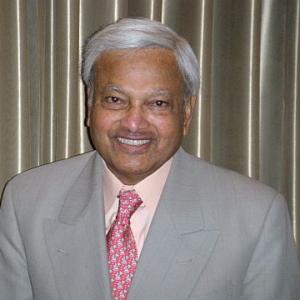 IMAGES: New York City as it used to be