Time to sell? Bhelpuriwallahs could provide the hint

References to the stock market occur in popular discourse only when the market is overheated and normal middle class people are entering stocks with an unhealthy short-term perspective, says Devangshu Datta. 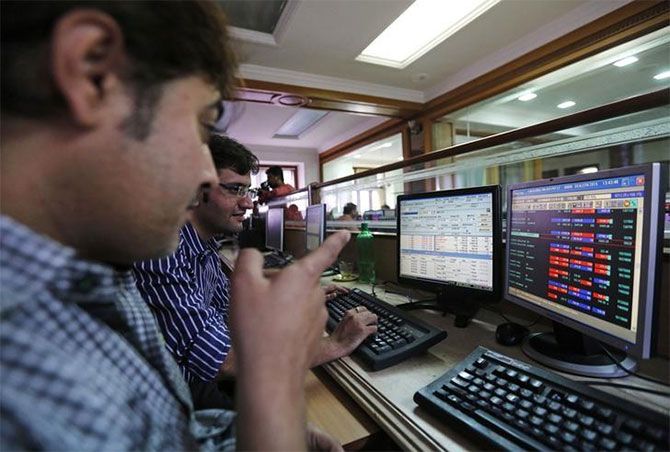 Contrarians look for signals that a market might be overheated, or undervalued. The basic logic is simple. When everybody is bullish, most people are also fully invested. Hence, there are no resources to drive share prices up further. Demand drops in such situations.

In contrast, when everybody is bearish, most people have also finished selling. Hence, there is no further supply of shares. While everybody is vocally pessimistic, the lack of selling means the market maybe set for a recovery.

Most contrarians don’t restrict themselves to purely technical signals like price-volume. They also look at “sentiment” via media opinion, the stances of prominent politicians, retail attitude, etc.

The assumption is, references to the stock market occur in popular discourse only when the market is overheated and normal middle class people are entering stocks with an unhealthy short-term perspective.

One famous “signal” about retail attitude is the receipt of tips from the legendary shoeshine boy. In October 1929, a major investor, Joseph Kennedy (the father of President John F Kennedy and himself an influential politician) was idly chatting as he got his shoes polished. The shoeshine boy offered some stock tips. Kennedy promptly sold out - he reckoned things were overheated if even the shoeshine boy was trading stocks.

Variations on this theme include cabbies talking about the ‘share bazaar’ and cartoonists and standup comics working references to the stock market into their material.

In addition, tips about good stocks tend to abound on social media during big bull runs. The number of tips (and the absurdity of the stocks cited) increases as the market heats up.

Some of those signals are now visible. High retail participation, considered a negative signal by contrarians, has been visible for quite a while. Some of that participation has come via equity mutual funds and it could signal a healthy change in attitude.

Young, financially-savvy people may be entering the market with a long-term perspective. But, there’s also a chance that people are gambling on small and penny stocks in the hopes of getting quick returns. Indeed that seems the case since small stocks with low or zero institutional coverage are outperforming large and mid-sized stocks.

Objectively speaking, the large stock indices display signs of high valuation with PEs running at 23-plus for the Nifty and Sensex.

The stock market has hit new record highs and it has made the “front page” of non-financial media - this includes equity-oriented topics being heavily read and cited on social media.

Retail participation is high. Tips are proliferating on social media including in WhatsApp groups, Facebook, etc.

However, some of the signals have not yet been seen. Trading volumes are pretty high and that indicates the rally may continue. Institutional attitude is also net positive and that usually places a floor on the market valuations.

If institutional volume does ease off, and small and penny stocks start sky-rocketing, the contrarian would start anticipating a sell-off.

Mumbaikars might also want to walk around the Fort area and Bandra-Kurla Complex, and have a chat with the bhelpuriwallahs and shoeshine boys. If they have started talking tips, it might be time to buy deep puts.