The story of Kasimbazar's networks 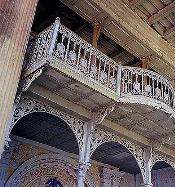 If you do not know much about Kasimbazar, I would not hold it against you; after all it has a population of only 10,000 and lies in one of the most neglected corners of the state of West Bengal.

But an authoritative world atlas, A Description of the World, published in London in 1688 chose to feature Kasimbazar while ignoring Calcutta (now Kolkata) and Bangalore.

It was named after its founder Kasim Khan, a Mughal official, and would have remained obscure as a small mart town if world events had not drawn it into various social networks.

First, it became part of the trade to Agra, the Mughal centre and, thus, got linked to the caravan trade networks that extended into Central Asia.

Next, it found itself in the path of the transport network that carried saltpetre from Bihar to the Bengal coast and from there to Europe; the demand for saltpetre had shot up in Europe as an essential ingredient in ammunition in the wars being fought there.

French physician Francois Bernier, author of Travels in the Mughal Empire (an account of life in Aurangzeb's court), noted that he was once given a bill of exchange to be cashed in Kasimbazar, testifying to its role as a financial centre where merchants from Gujarat, Lahore, Multan, Delhi, Agra and the Deccan settled.

When the Maratha invasion of Bengal in the 1740s disrupted some of these networks, the Kasimbazar merchants got involved in another social network: of the Dutch, English, French, Danish and Belgian merchants who had by then appeared on the horizon.

This new network was global and spanned Europe, Africa and Asia. Kasimbazar became the hub through which saltpetre, sugar, rice, poppy and cotton cloth flowed.

The story of Kasimbazar's networks is one of many networks described in a remarkable book, Networks in the First Global Age 1400- 1800, edited by Rila Mukherjee and published by the Indian Council of Historical Research.

It contains contributions from Indian, French, Iberian and American scholars. It studies networks such as the one in the Portuguese city of Porto which linked the Asian and Atlantic networks, the one in Ladakh which linked South and Central Asian markets, the social networks of Milanese merchants in Castile, and many others.

Its central assumption is that to understand the flow of historical events you need to study the networks in operation and the nature of connectivity among these networks.

This is a dramatic departure from earlier historical methods which would have viewed, for example, events in the "small world" Kasimbazar as deriving from its role as a small town in a larger empire, the Mughal, or to view it as a participant in the events in a particular period, that is, the 17th and 18th centuries.

This use of the network perspective is part of a larger movement that started in France with the work of people such as Bruno Latour and Michael Callon and is now sweeping across many disciplines.

The actor-network theory, as it is called, holds that human beings are not to be given a privileged status in the world being analysed but are to be seen as one of the actors along with other objects.

In the Kasimbazar case, the commodities being traded there, its location on the Ganges, the artefacts in use such as bills of exchange, the transportation systems such as oxen and river boats pushed and pulled against each other in shaping the Small World of Kasimbazar and its role in the larger networks in which it was embedded.

Thus, a plan to improve a mathematics textbook, for example, seen from the perspective of the actor-network theory would be different from conventional efforts.

A mathematics textbook can be viewed as an object embedded in a Curriculum Development Network, made up of policy makers, teachers and subject experts; a Publishing Network made up of writers, editors, printing machines and ink; and a Distribution Network made up of schools, textbook committees and so on.

Attempting to produce better mathematics textbooks would necessarily involve tracing the way such a textbook is put together by the incentives and priorities of each of these networks. 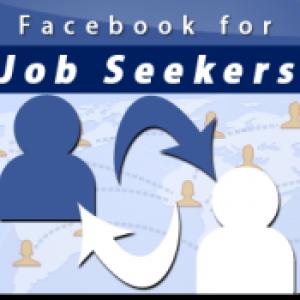