The rebalance that China has been aiming for continues to be kicked down the road. Each time there appears to be slowdown, stimulus measures are introduced, which end up exacerbating the investment overhang. 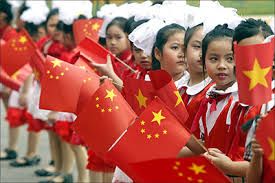 There is now little doubt that China's economy has entered a period of secular, though relative decline, after nearly a quarter of a century of virtually uninterrupted and double-digit growth.

It is expected to fall below seven per cent in the current year. Chinese leaders have described this slowdown as the new 'normal' and suggested that it is policy-driven.

For years, Chinese leaders have committed themselves to bringing about a strategic shift of their country's investment- and export-driven economy to a consumption- and domestic demand-driven economy.

However, despite this commitment, the reality even today is that consumption still constitutes around 36 per cent of GDP, while investment rate remains over 40 per cent.

Despite the fact that consumption is actually rising at 12 per cent a year, investment is rising even faster.

The rebalance that China has been aiming for continues to be kicked down the road. Each time there appears to be slowdown, stimulus measures are introduced, which end up exacerbating the investment overhang.

Currently, China has a huge credit exposure, almost 280 per cent of GDP. Much of this has been used to finance and re-finance large-scale real-estate and construction projects, which are now saddled with massive over-capacity.

Any attempt to de-leverage this over-capacity may cause large losses to construction firms.

These losses may raise non-performing assets in banks to unacceptably high levels.

There would also be knock-on effects on sectors of the economy that are dependent upon construction, such as steel and cement.

The other vulnerability lies in the fact China's real estate sector has also borrowed heavily in offshore markets.

If these loans are defaulted on, there will be ripple effects on an already fragile global financial market.

Some may argue that a seven per cent GDP growth rate is a respectable achievement for an economy that is now the second largest in the world and that gives China considerable room to manoeuvre.

It also has a comfortable fiscal situation and foreign reserves are now estimated near $4 trillion.

As already pointed out, the continuation of investment-led growth is adding to excess capacity and making the adjustment to a more consumption-led growth progressively more difficult.

There may be room for significant stimulus, but this stimulus will only make the situation worse in the medium to long term, since it will exacerbate the imbalance in the economy rather than address it.

Whichever way one looks at it, China's economy not only appears to be slowing down, but the risk of a major crisis appears to have increased as well.

The more negative outlook on the economic front comes at a time of considerable political churning in China.

The anti-corruption campaign unleashed by President Xi Jinping is getting broader in scope and more fierce in its intensity.

It is targeting influential and senior cadres both in the Communist Party and the People's Liberation Army.

There are signs of a blow-back but to be fair, Xi Jinping appears to have weathered the opposition so far.

What is not clear is whether the anti-corruption campaign has some end point or whether it will continue for an extended period.

If the latter, then the political disruption and the adverse impact on cadres who have to administer and push through difficult reforms and on China's engagement with the world will create a situation of uncertainty and instability.

The slowdown in the economy will exacerbate political instability and be impacted in reverse.

Since the Tiananmen incident in 1989, China has enjoyed accelerated economic growth and relative political stability.

This era appears to be coming to a close. The economy is slowing down and that in itself carries political risk.

None of China's current generation of leaders has had to manage a slowing economy.

What makes the situation more problematic is the coincidence of this economic slowdown with an as yet expanding anti-corruption campaign, which is causing political disruption and pervasive anxiety among China's ruling elite.

China's rapid and sustained growth over the past quarter of a century has come to be regarded as a significant and hitherto predictable component of the global economy.

It has emerged as the engine of growth for Asia, but also for the world economy.

At a time of slowdown of the established industrial powers - both the United States and the European Union -- global growth became heavily dependent upon China's emerging economy.

The depression of commodity prices is already evident due to falling Chinese demand.

Chinese outbound investment, which has also been growing at a rapid pace, may also decline, adding to the sluggishness of the global economy.

Over the past few years, China has been playing a more active role in international affairs and a more assertive role in the Asia-Pacific region. How will the economic slowdown affect its foreign relations?

Will it turn to more overt nationalism to compensate for domestic vulnerability, or will it become more withdrawn and insular, preoccupied as it is likely to be with domestic challenges?

If China's slowdown can be managed by its economic managers so that there is no hard landing and if Xi JInping is able to conclude his political campaign with his own position consolidated, one should expect little change in China's external postures.

If things do not go according to this script, then Chinese leaders may well respond to domestic challenges with heightened rhetoric externally. This is not a given, but is certainly a possibility.

For much of the time, Asia and the world worried about a rising China. It may now have to worry more about a declining China.

Shyam Saran, a former foreign secretary, is currently chairman of the National Security Advisory Board and RIS, as well as a senior fellow at the Centre for Policy Research in New Delhi 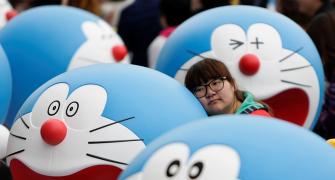 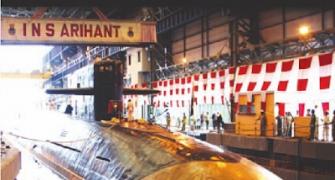 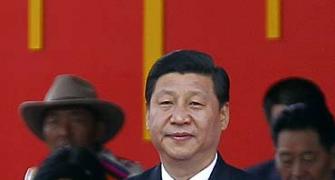 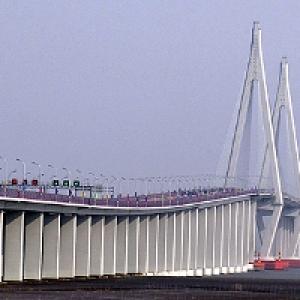 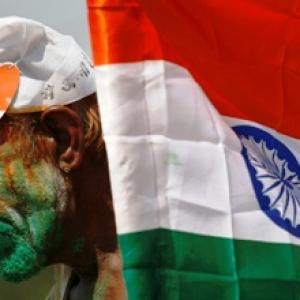 India to be largest economy ahead of China, US by 2055: Godrej