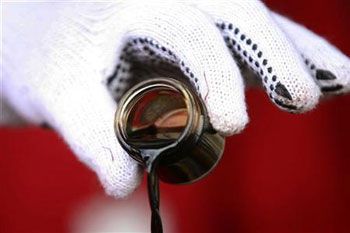 The impact on oil producers could significantly affect both the volatility and direction of financial markets, note Abheek Barua and Bidisha Ganguly

Is the steep fall in oil prices a net positive for the global economy or are there some risks that we need to be wary of?

The fact that the slump in oil prices is one of the sharpest declines on record suggests (and there is enough analysis to show this) that it is not due to weak global demand alone.

Factors at play on the supply side are responsible for a large part of this fall.

This means that this fall is sustainable and a pick-up in global demand need not lead to a sudden reversal in prices.

That should, somewhat unambiguously, be positive for the global economy, particularly, large oil importers like India.

However, the impact of oil prices on the oil producers could, in the short term, have a significant impact on both the volatility and direction of financial markets.

The nub of the short-term problem lies in this: if one looks at the really big picture, the fall in oil prices is what economists like to call a zero-sum game.

The oil producers’ loss in surpluses would reflect in gains for the oil consumers and so the net investible financial resources should remain unchanged.

However, if one accounts for the fact that the portfolio preferences of the winners and losers might be dramatically different, there could be cause for concern.

The IMF provides some interesting data.

Foreign exchange reserves of the oil producers have increased by $1.1 trillion over the past decade.

Deposits from oil-exporting countries in Bank for International Settlements -- reporting banks have doubled to $972 billion since 2004, and this group of countries (private and public sectors) now holds more than $2 trillion in US assets spread across equities ($1.3 trillion), treasuries ($580 billion), credit ($230 billion) and agency debt ($21 billion).

As the surplus wealth of oil producers declines and they are forced to sell their holdings in these markets, the cracks are likely to show.

Those who gain from the oil price decline will not necessarily put the money back into the same markets.

Take India, for instance, that could use the gains from oil prices to affect fiscal adjustments or to invest in local infrastructure.

Thus, investible surpluses for the markets that historically relied on this source of funds could come under pressure and there could be a spillover to the financial system as a whole.

This is not just true of US assets; emerging market debt and equities have got a leg-up from these surplus funds too.

There could be, as the IMF points out, risks for the global financial infrastructure.

At the heart of this lies the phenomenon of ‘financialisation’ of commodity markets, with investors rather than users buying more and more of commodity contracts. Speculative investors held about 45 per cent of West Texas Intermediate futures contracts in 2014 -- about triple the level held during the 1990s.

As their asset values decline, the possibility of instability, particularly from ‘counterparty’ default, rises.

The IMF seems confident that the global oil market and the clearing system are robust enough to handle this but with another round of selling pressure, the underlying infrastructure could come under strain.

There is, of course, good reason to worry about the fate of the oil producers themselves. Fiscal break-even prices (that balance their budget) vary widely from $54 a barrel in Kuwait to a whopping $184 a barrel in Libya.

This means that the loss in oil revenue will require new sources of financing or leave larger fiscal gaps.

If the currencies depreciate, inflation could raise its head.

There is a dark side to the oil price fall and investors might need to confront it in the months to come.