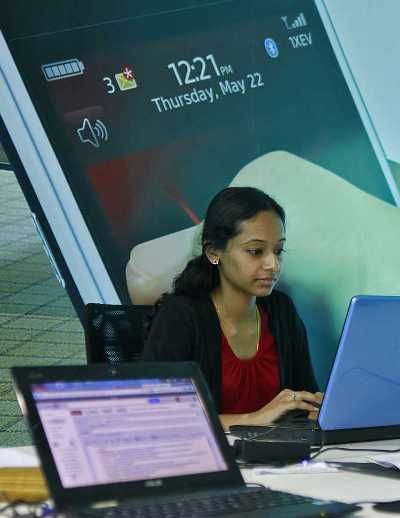 The Internet is too important to let a few private telecom players decide what the rules will be for consumers, says Rajeev Chandrasekhar, independent member of Parliament who was one of the key petitioners seeking the scrapping of Section 66A of the Information Technology Act.

In the last few weeks, the issue of Net Neutrality has taken centre-stage in social media discussions.

The paper not only takes on a dubiously biased tone that assumes the need for a regulatory framework, but also actively seems to advocate that telecom companies should be permitted to differentially price certain services such as Skype and Viber (that they deem utilise bulk bandwidth) or slow down access through various discriminatory practices.

The Internet, as we know, is a network where all information and services are transmitted as data packets that are identical in structure and cost to transmit.

In other words, all data packets used by consumers are treated equally by telecom service providers, regardless of the content or service it is being used for -- WhatsApp, Viber, Google, or Facebook.

Several sections of the report betray the regulator’s disregard for objectivity.

For instance, there is a section that provides a detailed tabulation of the ‘adverse impacts’ of the proliferation of ‘Over The Top services’ such as Skype on telecom operator revenues.

Besides, no regulator has the right to prevent consumers from accessing innovation and choice because of ‘adverse impacts’ of this disruptive technology on an existing set of companies.

The Telecom Regulatory Authority of India seems to be completely oblivious of the adverse impacts that regulating OTTs will have on the consumers, or on Internet based start-ups.

Worryingly, Trai defines the major challenge  by blatantly stating, 'In a non-level playing field, how can such OTT app providers be brought within the ambit of the prevailing regulatory regime of the country to ensure public safety and security of users?' -- an undiscerning reader would be near convinced that it is the telecom operators that are victims of OTT malpractice.

Companies that are proposing these discriminatory pricing are the big players -- telecom majors who would like to profit by being the gatekeepers of the Net and some Internet apps that would like to ensure that competition from start-ups is blocked.

Bottom line is, a few companies would like to control the choice of the Indian consumers.

Consumers will either have to pay additional charges for each type of service that we access, or will only be able to access certain content at significantly lower speeds.

When the DigitalIndia programme was announced in July last year, I had lauded the Narendra Modi government for recognising the transformational potential of technology and the Internet for governance and the government-citizen relationship

I have always maintained in Parliament and outside that this Digital India vision needed a specific policy action.

Else, it would only remain a dream!

And the policy action should include an Internet free from government control and an Internet that is accessible and affordable for all.

Recently, after the Supreme Court upheld the assertions made by my petition and struck down section 66A of the IT Act, I made it known in clear terms that this was a positive development -- not simply for the digital freedom of citizens, but also for Digital India.

It seemed almost self-evident, that the next steps taken by the government would be to create a suitably enabling policy framework to facilitate the technological transformation that Digital India would usher.

This would include, among other steps, letting the Internet grow without any fetters or discrimination of access -- a position referred to as Net Neutrality -- ensuring that the Internet would remain an open, collaborative and accessible space.

I had advocated this through my participation in a Standing Committee meeting on Net Neutrality in January this year.

I had met with very positive responses from the government and department of telecommunication during this interaction, unlike the Trai representative who had obfuscated.

In a letter to the Trai chairman in January, I had brought this to his attention, who had in turn promised me that there would be a fair and open consultation on the issue.

The growth of OTT services is simply a manifestation of the tremendous opportunity for innovation provided by the Internet.

Businesses such as Flipkart, AliBaba and Snapdeal are successes that a neutral Internet supported.

These services have improved the lives of citizens and have widened consumer choice.

Disruptive technologies are a norm in the telecommunications sector -- and our policies cannot allow this to be reason to deny consumers of choice.

Our digital policy ecosystem must encourage telecom operators, among others, to be nimble and innovate.

Bandwidth and speed are the only means by which TSPs should be allowed to create new pricing models.

I have urged consumers to speak out and defend their rights to Net Neutrality.

I will also raise this issue strongly in the upcoming session of Parliament.

For, a free, open and accessible Internet is crucial to innovation, connection and economic growth.

Net Neutrality lies at the core of how of consumers are able to access and use the Internet -- and is, therefore, crucial to the success of Digital India.

There should be no conditions placed on consumers for using OTT services, and absolutely no restrictions on the Internet.

The government's decisions over the next months shall determine India’s digital imprint for several decades.

The Internet is too important to let a few private telecom players decide what the rules will be for consumers!

Image: An employee works on her laptop at the Start-up Village in Kinfra High Tech Park in Kochi. Photograph: Sivaram V/Reuters