News
Business
Movies
Sports
Cricket
Get Ahead
Money Tips
Shopping
Sign in  |  Create a Rediffmail account
Rediff.com  » Business » Should the Railways take a leaf out of Lalu's book?

Report on the Railway Budget shines as well as falters. 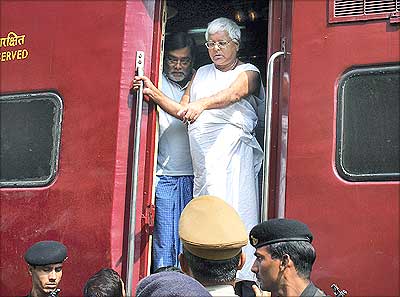 The Parliamentary standing committee for the railways has, in its latest report on the demand for grants (2015-16), worked to identify why the finances of the Indian railways and the organisation itself are in crisis and what needs doing to set things right.

Its confidence that the organisation can be turned around is based on what happened in the period to 2007-08 when its operating efficiency, measured by the share of gross working expenses in its gross earnings, improved to 76 per cent.

The report, while referring to the fruitless debate within the railways for decades on increasing the length of trains, mentions foremost the key obstacle of ‘departmentalism’.

The report makes two vital recommendations which need to be welcomed.

One, end for some time, till financial health recovers, the duality of paying with one hand gross budgetary support for the railway plan and taking away with the other the annual dividend as this is ‘contradictory and counter-productive’.

The second recommendation involves the social service obligation of the railways, incurred from low suburban fares and freight rates for some essential commodities and uneconomical branch lines, estimated at Rs 25,000 crore (Rs 250 billion) per year.

A procedure should be worked out to reimburse this amount to the railways.

If these two measures (a temporary halt in dividend payment and regular refund of social service obligation expenditure) are taken along with increased provisioning for the safety fund, then the railways can indeed be put on course for a turnaround.

But one more critical element is needed for which the committee has no clear answer. The report repeatedly says that the railways are run unprofessionally and bureaucratically, and the answer is to have a national policy that can act as a guiding force for the railway network irrespective of the government in power.

It also recommends a detailed road map which ensures strict financial discipline and achievement of physical targets in a stipulated time frame with no cost escalation and delay.

The contradiction in the committee's report comes out when it notes disapprovingly that much has been made of the latest railway budget not introducing any new trains, and goes on to ask what happens to citizens in remote areas waiting for decades for a rail link.

The report decries text book solutions of privatisation, downsizing and frequent passenger fare hikes as ‘politically unacceptable’ but also says fares and freight rates have to be demand-cum-market driven and fixed differently for different segments. Besides, pricing should also fetch a market-related return on capital.

No useful report can be all things to everybody.

What Lalu did right for railways, and where others fail 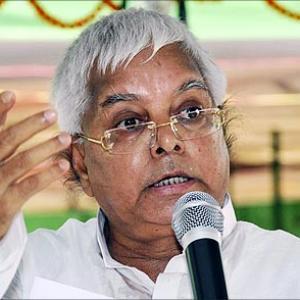