News
Business
Movies
Sports
Cricket
Get Ahead
Money Tips
Shopping
Sign in  |  Create a Rediffmail account
Rediff.com  » Business » India's healthcare sector is in shambles: Will the govt wake up now?

India's healthcare sector is in shambles: Will the govt wake up now?

When there is an enormous shortage of public hospitals, when state expenditure on health care is abysmally low by any international yardstick, tax money should be used to set up public hospitals, says T N Ninan. 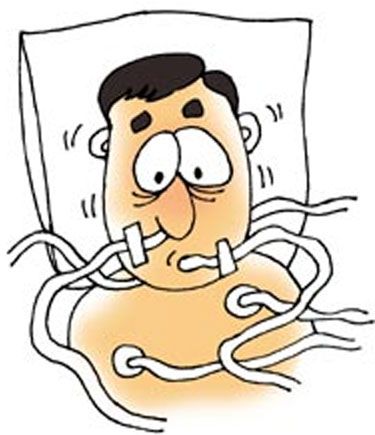 Most relatively well-off Indians have got used to the idea of taking out medical insurance policies in order to take care of possible health episodes. It has been a rapidly growing business, doubling in four or five years. The annual insurance premium was estimated for three years ago at about Rs 15,700 crore (Rs 157 billion).

This financial year the figure should be somewhere in the region of Rs 25,000 crore (Rs 250 billion). Given the inadequacy of the government hospital system, most people pay the premium willingly, in return for what was initially projected to be a cheaper alternative to going overseas for treatment. There are no independently verified estimates in the public domain, but some 40 million Indians are said to benefit from such insurance.

Despite the growing tales of medical malpractice at the private corporate hospitals to which the insured usually go— needless tests, avoidable surgical procedures, and commissions to the doctors who abuse patients in this manner—most well-off people are willing (or forced) to stay with the system in the absence of satisfactory alternatives. The milling crowds in the lobbies and public areas of the corporate hospitals tell their own story.

All of this is understandable, and private medical care should expand and grow—though with better ethical norms. But here’s the thing: since medical insurance payments are tax-deductible, up to a quarter or more of the insurance premia that support the private corporate hospitals is probably claimed as a tax waiver.

In other words, the government is paying Rs 6,000 crore (Rs 60 billion) for the sustenance of these corporate hospitals; those insured pay the rest.

On top of this, state and local governments have provided land at subsidised rates to these hospitals, in return for free or subsidized treatment to poor patients, who were to account typically for a quarter of the total patients. There is no corporate hospital that has met its obligations on this score; in one infamous case, the hospital said it had promised free treatment but not a free bed or bed linen. 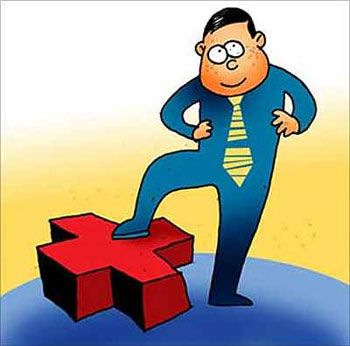 Two questions arise. First, why is the government financing a profit-oriented corporate hospital system that is prone to malpractice and given to reneging on promises of free care? And why is it subsidising those who can afford to pay for medical insurance, by giving tax breaks?

When there is an enormous shortage of public hospitals, when state expenditure on health care is abysmally low by any international yardstick, tax money should be used to set up public hospitals.

The tax breaks on medical insurance could fund the capital cost of setting up of 12,000 hospital beds every year. That’s broadly the size of the Fortis or Apollo chain, and you could replicate that size each year.

In five years, you would have a public hospital chain that is equal to twice the size of Apollo and Fortis combined. This would obviously make a massive difference, especially if public hospitals could provide the standards of care and cleanliness that the corporate hospitals do.

Most people assume that such standards cannot be replicated in public hospitals, but please recognise that government hospitals are hopelessly over-crowded because of the crush of patients. Since they cannot be turned away, patients end up sharing beds, or sleeping in corridors.

The problem is shortage of supply. If the number of public hospital beds were to be expanded rapidly, the crush of patients would be addressed and one could aspire to better standards of care and cleanliness.

That would bring in more aware, middle-class patients who would demand better care. The quality of care would then improve - creating a virtuous circle. Even more people - not the well-off, who would anyway prefer a private hospital - would then be willing to turn to a public hospital for needed care, and this would put pressure on corporate hospitals to clean up their act. It is the lack of a satisfactory alternative that needs to be addressed, for the sake of all patients - insured and uninsured. 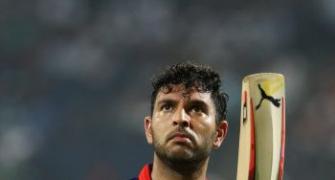 Somehow Gary gets the best out of me: Yuvraj 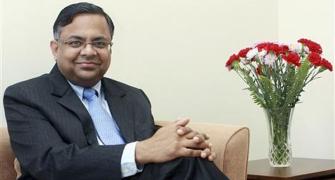 Skills that are required are not available, rues TCS boss 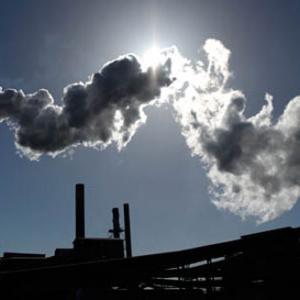 India makes a U-turn on refrigerant gases to favour US 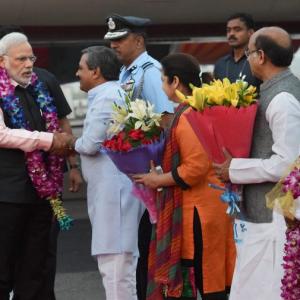