Columnist T N Ninan wonders when there is real progress to talk about, why our ministers make exaggerated claims. 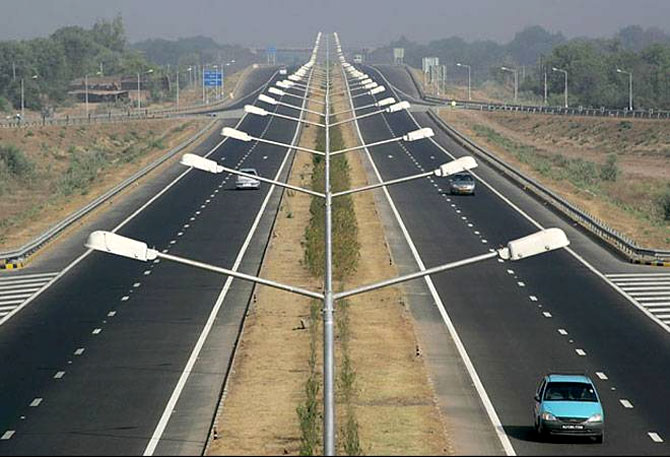 "Loud thunder, little rain" is supposed to be an old Chinese saying. Nothing would describe the Modi government better. There can be no doubt that, in 21 months, it has been able to register improvement on several economic fronts.

But the tendency to make exaggerated claims diverts attention from what is real, and affects credibility. Last week, Mr Modi was back to doing what he does best: organising a spectacle.

As is usual with such shows, the investment promises emanating from a 'Make in India' week were vastly exaggerated. Maharashtra, for instance, is said to have signed more than 3,000 Memoranda of Understanding (MoUs) with the potential to create three million jobs.

Just in case you think only Mr Modi plays this game, Mamata Banerjee's investment summit a month ago extracted for her state investment promises that totaled one-sixth of what has been announced for the whole country (Rs 15 lakh crore, or about 10 per cent of GDP) at the end of the Make in India week.

And, earlier this month, Karnataka topped West Bengal's numbers at its own investment summit. In its last three such 'summits', Karnataka has compiled investment proposals that total Rs 13 lakh crore.

You are welcome to believe such numbers. But, according to one compilation, less than 10 per cent of the promises flowing from Mr Modi's old Vibrant Gujarat shows have fructified. To adapt a centuries-old saying, if MoUs were horses, beggars would ride!

There was an air of make believe also in some of the pronouncements made by Nitin Gadkari, the transport minister. Speaking at the Make in India week, Mr Gadkari promised to build 2,000 ports - an eye-popping number if ever there was one, given that the country has only a 7,500-km coastline.

As of now, the country has barely a dozen major ports and 200 other ports, so the promise to build 2,000 ports in five years suggests, to anyone who is not completely gullible, a level of creativity with numbers that Mr Gadkari is no stranger to.

This year may achieve 16 km per day, so Mr Gadkari's efforts at renewed momentum in highway construction are bearing fruit. Then why not stick to the real numbers?

It is the same with that other minister who is keen to make a mark, Piyush Goyal. The exaggerated revenue claims with regard to what would be achieved through the initial coal mine auctions have already been punctured by reality.

However, Mr Goyal has managed improvements on other fronts - coal production, for instance. Also his focus on tackling the discoms' financial problems and removing transmission bottlenecks are what the doctor ordered, since the issue now is not the old one of supply shortage, but demand shortfall.

As for making in India, leading makers of fighter aircraft like Boeing and Saab have said they are willing to re-locate assembly lines to India, so some breakthroughs may well be coming.

Groups like Tata and Mahindra, and companies like Bharat Forge and Larsen & Toubro, are being encouraged to get into localising defence production - encouragement that was missing from the last government.

New railway locomotive factories are being built, and the solar drive is making headway. When there is real progress to talk about, could we do with less of make-believe ministerial pronunciations - like the promise of 2,000 ports?