It is necessary that at least three million additional jobs (if not more) are created every year to ensure that there isn’t an increase in the stock of unemployed, says Mahesh Vyas. 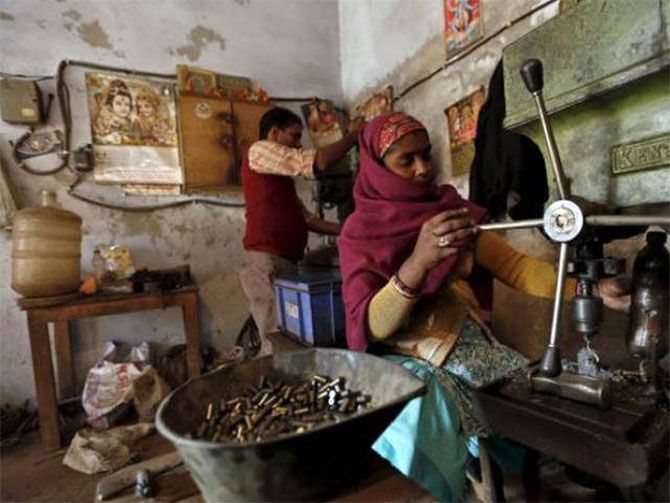 A common thread running through most current assessments of the government completing three of its five years in office is that it has failed to create the jobs that it promised. Apparently, the government had promised 10 million jobs per annum. That was, perhaps, a tall order.

The unemployed in the country is of the order of 30 million. Assuming current labour participation rates, the labour force increases by about three million per annum.

They lose jobs and do not look for new ones. Perhaps, this reflect a new level of grief. New jobs will have to be created to bring these besieged souls back into the labour markets.

The statistical machinery to capture job creation is still nascent in India. The BSE-CMIE collaboration measures unemployment based on a household survey, as is the global practice in this respect.

Job creation, on the other hand, is measured separately through an enterprise survey. It is this machinery to measure job creation that is still nascent in India.

The BSE-CMIE collaboration is limited to a household survey to measure unemployment and it does not extend into an enterprise survey which is used to measure job creation.

The Labour Bureau has made efforts to bridge the gap in the measurement of job creation. It started a Quarterly Employment Survey soon after the 2008 crisis. Initially, the sample was small at only 2,000 units.

In 2016, it upgraded to a larger sample in a new series based on about 10,000 units. The fourth round under this New Series presents the employment situation in eight sectors as of January 1, 2017.

The survey now covers a substantial part of the non-farm sectors. The eight sectors are manufacturing, construction, trade, transport, education, health, accommodation and restaurants and IT/BPO.

Compared to the situation on October 1, 2016, employment as of January 2017 was higher by 122,000. This is commendable, given that this was the period that faced the greatest onslaught of demonetisation.

The 122,000 increase in non-farm jobs over a quarter is miserably small. It is little consolation that the increase was much better than the 32,000 and 77,000 additions seen in the preceding two quarters.

The four reports of the Labour Bureau under the New Series imply that only 231,000 jobs were added between January 1, 2017, and April 1, 2016, when the total employment in the non-farm sectors was 20.5 million. In other words, non-farm jobs have grown by only 1.1 per cent in the past nine months.

At this rate it is very unlikely that even half a million jobs will have been created during 2016-17, a far cry from the 10 million jobs promised or even from the minimum requirement of three million jobs.

We know from the BSE-CMIE survey of households that the labour participation rate fell post November 2016 and the fall continued till the end of the fiscal year. Therefore, the likelihood of an improvement in the employment situation in the fifth survey of the Labour Bureau is quite low.

It is impressive but also intriguing that our inflation-adjusted GDP continues to grow at close to seven per cent even as employment is nearly stagnant.

The GDP growth gets to be almost mysterious given that there is no growth in employment or investments. Where do we produce such magical leaps in productivity?