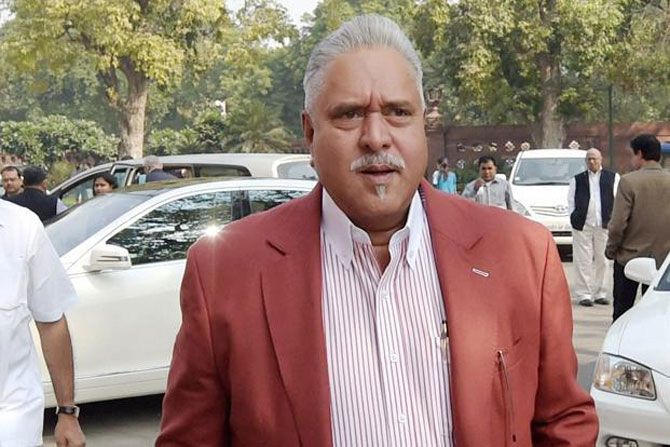 The public mood and disgust against wilful defaulters is building, says Akash Prakash.

We seem to be approaching the beginning of the end for the banking crisis in India.

Under pressure from the Reserve Bank of India, banks are being forced to recognise most of their bad assets, especially as far as the large corporate entities go.

Measures to improve governance have followed as the Bank Board Bureau has been notified, and tasked to fill vacancies at board and executive management in the public sector banks.

Consolidation seems to be around the corner.

Banks have been empowered both legally and politically to go after wilful defaulters and the new bankruptcy code is imminent.

Capital remains a challenge, but the government and the RBI are seized of the problem, and claim to have a game plan, though (frustratingly for investors) seem unwilling to disclose it publicly.

The public mood and disgust against wilful defaulters is building.

The Vijay Mallya situation is a case in point.

Media, judiciary, investigative agencies all seem to ask how this man was allowed to get away.

How was he given such large financial support despite being stressed?

Allegations of foul play have begun, with all political parties pointing fingers at one another.

With the Enforcement Directorate, the Central Bureau of Investigation and the Supreme Court all involved and senior IDBI bank officials already questioned, the witch hunt against wilful defaulters has begun.

The clean-up process rightly begun by the Reserve Bank of India now runs the risk of spiralling out of control, and turning into a broad-based attack against the public sector banks and their senior officers.

Anyone seen as trying to help a troubled corporate entity is now suspect, whether the intentions are malafide or not.

There is no question the credit performance of the large corporate banks in India, especially the public sector banks, has been disastrous.

Most of these banks have stressed assets of near 20 per cent of their corporate loan books, a huge number.

This when the country has not seen growth below five per cent.

Obviously all these loans will not go bad, and the eventual losses will be far less.

However, that credit underwriting has been horrendous cannot be denied.

Mumbai is full of whispers of how in the prior dispensation, certain bank positions were filled and favours doled out in return.

The Narendra Modi-led government now faces a dilemma: should they go after the crony capitalists in the system, question how they got the quantum of loans they did and risk freezing all decision-making in the public sector banks, or should they be happy to just clean up things on a prospective basis?

Put in the governance changes to ensure credit underwriting improves going forward, but not open up old cases?

I have heard strong arguments on both sides.

Some argue that crony capitalism is a cancer, and unless addressed, it will continue eating away at the core of our society.

In any country, a short term hit to growth is a price worth paying to clean up, change behaviour and improve capital allocation.

No one should be allowed to take the system for a ride, leaving all losses for the banks and taking all upside for themselves.

It is public money after all that will be used to recapitalise the banks.

This is the right time to do the clean-up as there is no credit demand anyway.

Post clean-up, the banks will be in good shape to participate in the next credit up-cycle.

Others worry about the impact this will have on growth.

If we go after our large entrepreneurs, how will private sector investment revive?

Who will put up the large projects?

If the courts and the Central Bureau of Investigation get involved, then even honest bankers will be hounded, and projects which could be made viable will also fail, as no one will want to be seen lending to stressed assets.

We might actually make the stressed assets problem far worse than it need be, if all troubled projects are suddenly denied support.

Putting a banker in jail will send a big chill through the system.

Can we afford this given how weak the economy already is?

I think the time has come to go after the wilful defaulters, those who could not care less for their obligations and believe they are too big to fail.

Mr Mallya is only the tip of the iceberg, the most high profile, but there are others, with even larger debts and more egregious in terms of personal enrichment.

The mood is right to act now, the media and courts will be supportive, the public is angry and no politician will dare interfere.

However, while doing this clean-up some mechanism has to be put in place so that stressed but viable projects still retain access to bank funding.

Maybe put in place board committees to vet any non-performing asset that a bank wishes to help. If funding dried up for any and all stressed assets, then we would drive our economy to the ground.

Simultaneously, all efforts to encourage start-ups and SMEs must go into overdrive, whether it be ease of business initiatives, new small banks, measures to boost start-up funding etc.

This is the next wave of entrepreneurship and innovation.

This is where jobs will get created.

If we need to wean ourselves off the crony capitalists, a new generation of entrepreneurs has to emerge, whose claim to fame and expertise is not managing the system!

There will be sequencing issues as these new areas of growth take time to scale to compensate for the slowdown among the big industrial houses, but that pain must be borne.

The government will also need to step up to the plate on infrastructure; this is where we will feel the absence of the big Indian capitalists, their large projects and willingness to take risk.

Most of the crony capitalists were dealing with infrastructure, steel, power and construction.

Sectors with deep government involvement, either for getting the contract, raw materials or selling your output.

Infrastructure is where we will feel the absence of these big groups; for the rest either we have excess capacity, can import or the state has the resources to put up the capacity needed.

If the state is determined to go after the crony capitalists, that will be the end of PPPs, unless we find a new lot of entrepreneurs who can step in.

This new lot can be professionals backed by growth capital, or the rules have to be transparent enough to attract groups which have stayed away from infrastructure till now.