Why India may never become a world power

The power of a nation is directly related to the revenues it realises from its citizens. But India loses a gargantuan Rs 5.8 lakh crore, as the I-T department drags its feet over recovering uncollected taxes in time or holding up files in appeal cases, says Mohan Guruswamy. 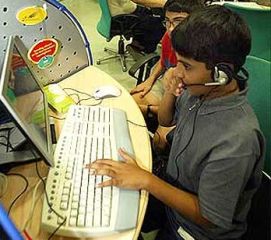 Stripped of all the verbiage the main function of a government is to collect taxes. To do so effectively and successfully it must preserve order and stability; and ensure conditions to keep the economy growing. The more it grows, the more revenues it collects and therefore how much it collects is the truest index of its success. The power of a nation is directly related to the revenues it realises from its citizens.

The United States is powerful because it collects almost $17,464 per capita from its citizens. Those who predict the imminent rise of China and then India to the rarefied heights of being a global power do not seem to realise that China collects only $1,600 per capita and India even less -- $284 per capita.

I have particularly in mind one former official in the ministry of finance who goes from meeting to meeting with a PowerPoint presentation of how India will be a world power in a few decades, giving rise to much self-delusional optimism among the national elite. There is no doubt that the GDPs of China and India will close in on that of the US within the next three or four decades. But we will still be nowhere near USA when it comes to that raw index of true power. How much money does the State have to spend? The amount of money a government has determines to what extent it can transform our lives and influence the world.

A State has four main streams of collecting taxes. These are corporate and personal income taxes; sales taxes and levies; and customs and excise duties. Every year as the Budget proposals for the next year are being written, there is a general clamor from trade and industry bodies like the CII, FICCI and Assocham pleading for a reduction of the rates of all these. While they package their pleas with what purports to be sound economic logic, the real logic is just that the better off just want more and give less. 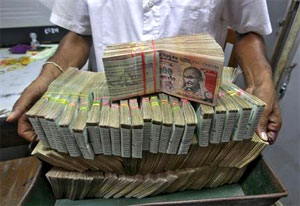 Of course taxes ought to be reasonable and balanced to give the State more money to spend without imposing a backbreaking burden on its private and corporate citizens. To find this reasonable and fine balance is what good government is all about. Too high an incidence of taxation will not only encourage cheating on taxes but also will make industry and commerce unprofitable and disincentivise individuals.

There was a time in this country when personal income tax was as high as 98 per cent for the highest slab. The consequence was that there were few honest people at the higher slabs. Cheating the State became a common practice. With the rates now much more sensible, this is not as endemic. Ditto for customs and excise duties. The only outcome of the extortionate rate of taxes we used to have only a few decades ago is still seen in the continuing incidence of corruption in the tax collecting departments of the government.

But are taxes still too high in India? Let’s take corporate taxes. The US and Japan top the list with 40 per cent and 40.69 per cent respectively. Germany collects 38.36 per cent, Italy 37.25 per cent and Canada 36.10 per cent. Among the G-20 countries only China imposes a smaller percentage than India. China’s rate is a flat 33 per cent and India’s is 33.99 per cent. China’s rate has been steady at 33 per cent for the past five years while India’s has declined by almost two per cent. As a matter of fact, only India, among the G-20, has been steadily reducing the incidence of corporate taxation. Despite this, uncollected taxes are on the rise.

The government could have been richer by a gargantuan Rs 5.8 lakh crore if the I-T department had not been dragging its feet over recovering the amount in time or holding up files in appeal cases at the commissioner of income tax level. Another Rs 2.1 lakh crore is stuck in litigation cases at the income tax appellate tribunal, high courts and the Supreme Court. The total figure is now over Rs 8 lakh crore.

These figures have been highlighted in the latest report of the Comptroller and Auditor General of India tabled in Parliament. The report points out a tax demand for Rs 2.9 lakh crore remaining uncollected at the end of March 31, 2011. The report adds: 'The recovery mechanism is inefficient as certified demand remaining uncollected increased to Rs 1, 06,990 crore (96.3 per cent) in 2010-11 from Rs 26,703 crore (75.8 per cent) in 2006-07.' 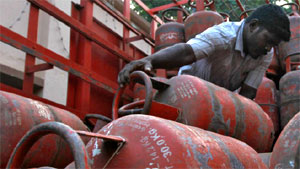 After interest on outstanding central government debts, the biggest item on the budget is subsidies. The total subsidy bill of the central government last year was Rs 3.6 lakh crore. The biggest items in this are towards food procurement and PDS (public distribution system) accounting to about Rs 1.2 lakh crore. Of this the bulk is towards procurement, with ever increasing support prices and which is almost entirely concentrated in Punjab, Haryana and the delta region of Andhra Pradesh. To that extent it is a subsidy to a few. Fertiliser subsidy accounts for Rs 65,000 crore and once again mostly used up in areas with irrigation. Petroleum subsidies crossed Rs 1.3 lakh crore in 2013 and are still increasing.

Every cylinder of LPG is subsidised to the extent of Rs 435. Almost 80 per cent of the LPG is used by the urban upper and middle-classes, which really means that the relatively better off benefit at the cost of the poor and the nation's capital expenditure which will generate growth and jobs. Similarly, kerosene, diesel and petrol are also hugely subsidised. To this huge subsidy bill we can add PSU losses, state government subsidies, power sector losses and railway and road transport corporation losses, and we are looking at a sum equal to about 20 per cent of GDP. No nation can live like this for very long. 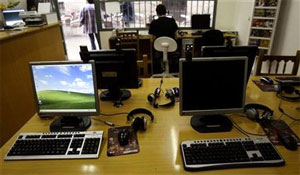 In the details provided by P Chidambaram in last year’s Budget proposals is another gem. The effective tax rate for public sector companies was 23.35 per cent while that of the private sector that CII and FICCI champion was just 19.50 per cent.

The IT sector has become the bellwether of Indian enterprise. The IT majors have been performing exceptionally not just in the stock market but also in the real world. They have been posting income gains and rising profits year after year.

One would have thought that the self professedly socially conscious leaders of this sector would have given the State, which has also got to cater to hundreds of millions of people living well below an acceptable living standard, something for giving them large catchment area of math proficiency. On the other hand the IT sector took away Rs 11,880 crore as deduction on export profits. The telecom sector is adding almost 12 million new subscribers each month now. It took Rs 6,850 crore in exemption. And these are supposedly the sunrise sectors.

But what must cause the MoF even more concern is that China’s government revenues have been growing by almost 17 per cent each year since 1998. And India’s has been growing relatively slowly at 12 per cent in comparison. It’s true that their GDP has been growing faster than ours. But it is also true that they collect more taxes and give far lesser write-offs.