Market may look crazy, but Indian stocks to do well

The bottom line is that one should stay invested and not get spooked out of one's equity holdings, says Akash Prakash. 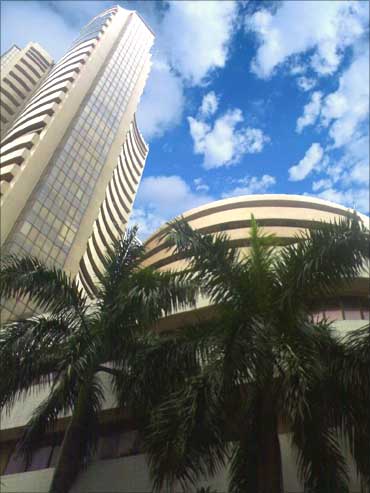 This is obviously a very confusing and difficult investment environment. You have a seemingly never-ending European sovereign crisis, with contagion moving from Greece to Ireland, and Portugal probably next.

Debt restructuring in some form or fashion is inevitable. To this we have to add the madness of North Korea trying to assert its relevance, and the obvious geopolitical implications of the same.

Combine the above with the rumours swirling around of a huge insider trading investigation being conducted by the US authorities in which some big names are supposedly involved. China has also tightened far more abruptly than anyone would have imagined.

To add to the confusion, after QE2, interest rates have actually moved up, the dollar has strengthened and equity markets have gone down, the exact opposite of the Fed's stated intention, financial conditions in the US have actually tightened rather than easing.

Given all the above and markets whipsawing in a narrow range, investors can be forgiven for sitting on their hands and being confused on the outlook.

Most investors I talk to are unhappy, uncomfortable, confused and worried, despite many being ahead of their benchmark. Most talk about this being one of the most difficult investment environments they have ever faced.

There is a very wide divergence of views within most organisations and among strategists, adding to the confusion.

There are so many things to be worried about: are emerging market (EM) equities in a bubble? Will the US go the Japan way? How will fiscal sustainability be restored in the West? Is China about to explode? Is the euro about to break down?

So many questions, very few answers.

In times like this, it is probably best to step back and re-look at the basics.

The economic outlook for most of the OECD countries seems to be a slow and gradual muddle-through type of scenario. Interest rates will remain low, liquidity plentiful, core inflation subdued and economic growth around 2 per cent, the so-called new normal.

It does not look like these economies will go back into a recession, but the recovery is likely to remain modest, the typical pattern after coming through a deep financial crisis.

If we accept the above, then except under the most dire economic scenarios, it looks difficult to see how equities will underperform bonds from here. By buying bonds now, you are basically making a bet that a Japan-style environment of limbo, deflation and no growth will come to pass.

There are numerous blue chip companies which, at current prices, are delivering you a dividend yield higher than government bonds'.

Even very pessimistic scenarios, with conservative assumptions, show global equities  over the coming decade delivering at least a 4 per cent per annum return, higher than what you can get in most OECD bond markets. Corporate earnings have held up very well, and there is a huge cash mountain building up in corporate balance sheets. Equity valuations look reasonable and investor sentiment by no means exuberant.

Cash earns nothing today, and its opportunity cost is just too high.

If one accepts that equities are the place to be, then the next obvious question is whether you should be in EM or developed market (DM) equities, and the appropriate allocation. On this question, frankly, DM equities look better placed in the short term. Valuations relative to history are cheaper, sentiment far less positive, liquidity conditions superior and many instances of great franchises with significant EM exposure being valued far more conservatively than their EM counterparts. A short period of DM equities outperforming their EM counterparts can be very much on the cards. However, on a longer term outlook, EM equities should continue to prevail and deliver outperformance. The economic growth differential(6 per cent for EM, 2 per cent for OECD countries) has never been higher  or macro-risk lower and even though everyone gets the EM story, and it feels like a consensus trade, most institutions are nowhere near where they want to be in terms of allocations to emerging markets. EM equities are now about 13 per cent of world market cap, with most long-term investment institutions (especially in the US) still closer to 4-5 per cent in terms of  their EM exposure.

The long-term trend is clear, allocations will rise, large chunks of money will  move eastwards and EM equities will trade at a significant premium, all before this cycle ends. Every market correction should attract capital flows as the allocation gap closes. Thus, while in the short term, tactically, EM equities may be a little choppy, their cycle of outperformance is not yet over.

Within the EM universe, India should continue to do well. India's weight within the EM indices will rise over time as its free float continues to increase. India is also not as expensive as is commonly made out to be, if you adjust for sectoral composition.

Very few markets can give you reasonable visibility towards delivering a sustained 15 per cent EPS growth, with limited global economic exposure (compared to other large EM economies).

In a world starved for growth, India's economic outlook, sustainability, focus on returns and translation of economic growth into corporate earnings stand out. Investors fundamentally believe that governance and execution will improve, and that our politicians will react to the growing public clamour for the government to deliver.

There is significant under-ownership among the domestic investor base and we are nowhere near the excesses of end-2007, either in terms of corporate euphoria or market valuations.

India, however, remains extremely vulnerable to any type of global financial market shock. Case in point being the huge inflows of over $24 billion year-to-date into Indian equities. Most India-dedicated funds have not seen much of these inflows.

Either they have come through ETF's or through asset allocation shifts within investment organisations. The surprising fact is that in most fund manager surveys, India consistently shows up as an underweight, so who is buying?

There is a strong sense that many of these flows into India are being parked here for the market beta and can reverse in short order.

Thus, while euphoria among the domestic investor base is non-existent, sentiment internationally towards India cannot be said to be muted, the flows have been too strong. This is a clear short-term risk.

The bottom line is that one should stay invested and not get spooked out of one's equity holdings. The market may be choppy, this correction may continue a while longer and the outlook may be uncertain, but if one goes back to the basics, EM and Indian equities should do fine.

Till such time as interest rates begin to rise in the West, the current market cycle and its leaders should continue their relative outperformance.

The author is the fund manager and chief executive officer of Amansa Capital. 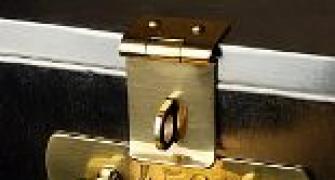 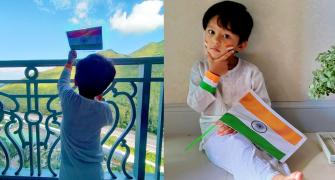