Jaitley must focus on fiscal consolidation to sustain growth 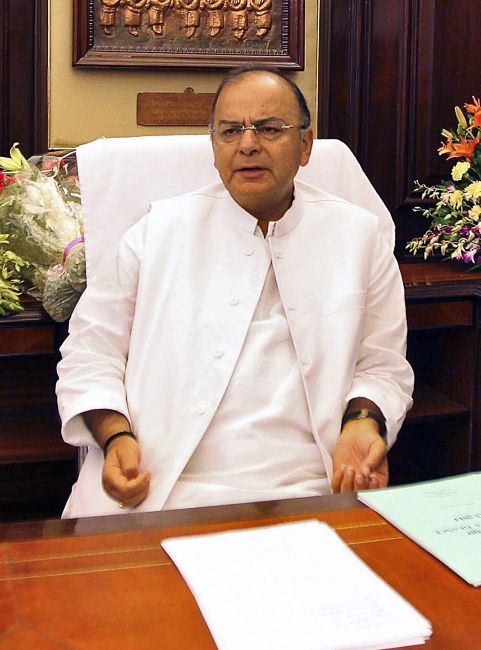 Finance Minister Arun Jaitley had surprised many experts and analysts by announcing in his Budget for 2014-15 that he would accept the fiscal deficit target of 4.1 per cent of gross domestic product or GDP for the current year.

His predecessor, Palaniappan Chidambaram, had set that goal while he had presented the interim Budget in February.

Given the Indian economy's need for an increased dose of capital investment to kick-start the manufacturing sector, even fiscal consolidation hawks had allowed Mr Jaitley the flexibility of running a slightly higher fiscal deficit than the 4.1 per cent Mr Chidambaram had fixed.

But Mr Jaitley baffled all of them by sticking to the same target and even committed himself to a fiscal consolidation path of 3.6 per cent of GDP in 2015-16 and further down to three per cent a year later.

Referring to the current year's fiscal deficit target of 4.1 per cent (compared to 4.6 per cent achieved last year), Mr Jaitley said: "Difficult, as it may appear, I have decided to accept this target as a challenge." Not surprisingly, therefore, questions were also raised about the authenticity of the new numbers and the feasibility of their achievement.

The obvious fear was that the healthy growth projected in tax and other revenue collections was an overestimation.

And since every responsible finance ministers tries everything in the book to stick to the fiscal deficit target, failure to achieve the revenue numbers would naturally result in an unwelcome cut in capital expenditure.

This is because there is very little room for downward adjustment in revenue expenditure.

Two months after the presentation of the Budget and almost half the year gone, Mr Jaitley may well find himself in an unusually comfortable situation as far as the prospects of meeting the 4.1 per cent fiscal deficit target are concerned. Not because tax revenues have been buoyant.

On the contrary, there is a strong possibility of the government not achieving the 20 per cent growth in indirect tax collections.

Even the 16 per cent growth estimated for direct tax collections could prove to be a stretch.

What could come to Mr Jaitley's rescue are a sharp uptick in non-tax revenue collections and unexpected savings in the government's revenue expenditure.

The buoyant stock market (almost 50 per cent up in the last one year) has made it easy for the government to mobilise higher disinvestment proceeds than what was budgeted.

Mr Jaitley and his team, too, should be complimented for the quick preparatory work they have done to launch the disinvestment plan.

It is rare for any government to obtain its Cabinet's nod of approval for public-sector share sale within about two months of the Budget's presentation.

This was good work done at commendable speed to take advantage of a rising market. On the revenue expenditure side, the steady decline in crude oil price (from about $115 a barrel in June to $96 a barrel now) has had two positive implications.

One, the government is likely save a few thousand crores from the oil subsidy allocations of around Rs 63,400 crore (Rs 634 billion) it had provided for in the Budget. 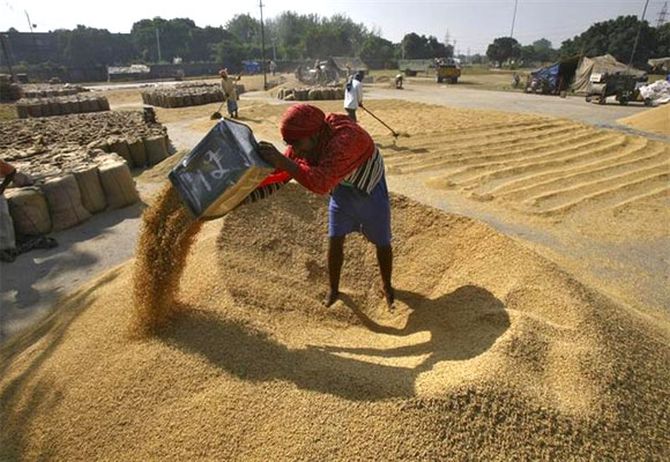 The benefit on account of the food subsidy bill, too, will not be insignificant, going by the latest estimates. An estimated Rs 1.15 lakh crore (Rs 1.15 trillion) had been provided to take care of the promised implementation of the national food security law.

Thanks to a marked lack of preparedness on the part of many state governments to lift subsidised food grains under the food security law, the actual offtake will be much less than earlier expected. This, too, will give rise to savings of a few thousand crores of rupees from the food subsidy bill.

Those who might complain that these could be only one-off gains for the current year as the situation next year might be different should draw comfort from Mr Jaitley's prompt decision to set up the expenditure management commission headed by former Reserve Bank of India governor, Bimal Jalan.

This, too, was a Budget announcement and the constitution of the commission has already taken place and it is holding regular meetings. The commission will give its first report by December and lay out a road map for reducing subsidies.

Hopefully, the Budget for 2015-16 would implement some of the recommendations of the commission and improve upon the current year's expenditure gains in a more sustainable way.

The obvious temptation for Mr Jaitley would be to achieve a better fiscal deficit figure than what he had promised in July.

But this is a temptation that he should avoid. If he can book some savings on account of lower revenue expenditure, he should reallocate them for some additional capital spending during the remaining months of the year.

It is now time for him to achieve an even higher increase in capital expenditure.

Instead of opting for the thrill of a lower fiscal deficit, he has now an opportunity to focus on improving the quality of the government's fiscal consolidation and lay the foundation for sustained growth. 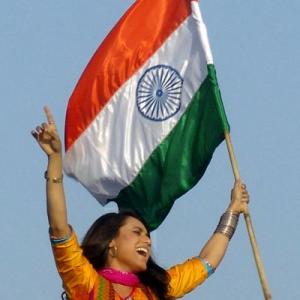 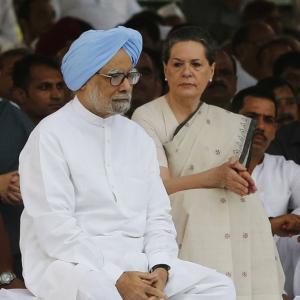