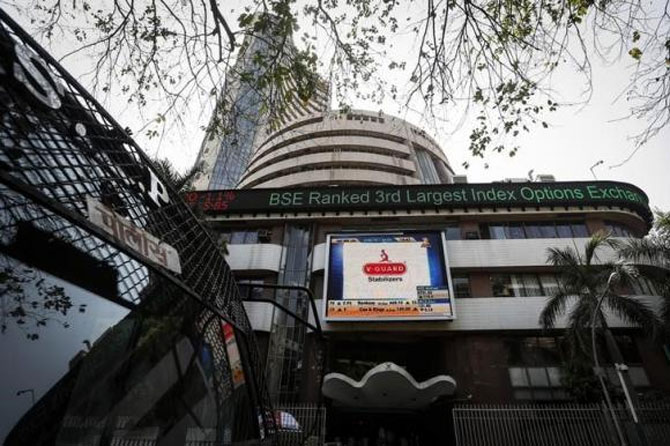 Indian stock markets have been having a great run for the past several months. With the onset of political stability and hopes of a revival of the reform process, sentiments have turned positive. Investors are hopeful the government will kick-start the investment cycle, which will help augment the gross domestic product growth rate to earlier levels of 7-8 per cent.

Market sentiments have been further encouraged by a significant improvement in the macro fundamentals of the economy owing to some of the steps taken by the government. This has been further aided by a sharp fall in oil prices, which should result in lower inflation, a lower current account deficit and reduced fiscal deficit.

The Reserve Bank of India's action of cutting the repo rate of 25 basis points appears to be the beginning of a rate reduction cycle, which would enable the corporate sector to cut down its interest costs and help consumers / corporates borrow at lower rates. In addition, global liquidity continues to be benign with the European Central Bank beginning the process of quantitative easing. The global economy, by and large, appears to be going through a process of disinflation in spite of reasonably good growth prospects in the US economy.

Thus, the Indian markets appear to be in a sweet spot and well placed to attract global investors who have been investing both in the equity and debt markets in significant volumes. It is after a long time perhaps that the stock markets appear to have such great prospects.

However, there are a few hindrances that need to be overcome to achieve the full potential. The investment cycle still appears to be stalled as the government needs to take further steps to remove the non-financial obstacles to kick-start growth. Moreover, a large number of private sector companies, particularly in the infrastructure sector, have weak balance sheets and need to de-leverage significantly to be able to invest in new projects. Government finances are still not in great shape as tax revenues have been well below targets.

The government is bound to cut down on development expenditure in the last quarter of this financial year in order to meet fiscal-deficit targets, which would in turn lead to a subdued fourth quarter GDP. Thus, a revival of capital investment from private and public sectors could still be two or three quarters away. Also, rural demand appears to be slowing down due to a slowdown in rural incomes.

All this implies that improvement in the growth rates of corporate profits could be postponed for some more time. Markets have been factoring in an 18-20 per cent growth in corporate profits in FY16. Given the above constraints, there is a reasonable likelihood that analysts lower their earnings per share projections for the coming financial year.

Thus, while the medium- and long-term prospects appear to be excellent, the recent significant run-up in the markets implies that in the near-term, markets are fully valued. At current levels, our estimate is that the Nifty multiples have expanded to 16 times FY16 earnings. This should put a temporary halt to the uptrend in the near-term, although a pre-Budget rally in the second half of February cannot be ruled out. Our target for the Nifty for March-end remains unchanged at 9,000 levels.