News
Business
Movies
Sports
Cricket
Get Ahead
Money Tips
Shopping
Sign in  |  Create a Rediffmail account
Rediff.com  » Business » How to make GST work: Here's what the experts have to say 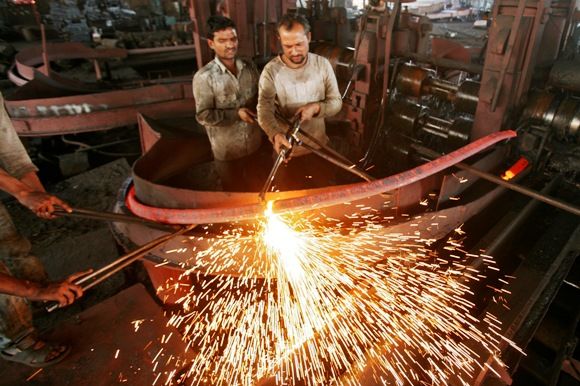 Businesses have only 240 days to realign their systems and processes in line with the new indirect tax regime in the country.

An important objective of the proposed Goods and Services Tax is to ensure a uniform tax base, same or similar tax rates, and a harmonised tax regime in India, which would unify India into a single market.

However, under the Indian federal system, such need for harmonisation is often in conflict with the principles of fiscal autonomy enshrined in the Constitution.

To achieve a balance between these competing principles, the Constitution (122nd Amendment) Bill, 2014, (GST Bill) proposes setting up of a GST Council, comprising the finance minister, minister of state in charge of revenue, and state FMs.

Among other things, the Council would make suggestions on important issues such as tax base, tax rates, exemptions and model legislations.

In the Indian political scenario, the recommendation made by the Council may lead to inter se disputes between the Centre and states.

Therefore, an appropriate dispute resolution mechanism should be put in place to ensure harmonised GST laws.

To deal with such disputes, Article 279A (11) of the GST Bill confers powers on the GST Council to establish the mechanism to adjudicate any such dispute, which arise out of the suggestions of the Council.

While the need for having a strong inter se dispute redressal system cannot be emphasised enough, it cannot be overruled that Article 279A (11) in its present form could raise various contentious constitutional and legal questions.

The first question is whether the recommendation by this executive/administrative body (even though constitutional) can be binding on the Centre and the states.

In case such, recommendations are made absolutely binding, without any degree of tolerance or fiscal freedom, the same would be open to constitutional challenge on the ground that the GST Council has been given overriding supremacy over Parliament and the state legislature, which is against the basic structure of the Constitution.

For the same reasons, if an otherwise valid legislation enacted by Parliament or state legislature is subjected to scrutiny by the Council on the ground the same deviates from its recommendations, such scrutiny may also not be free from constitutional challenge.

Secondly, the provision in its present form might also be in violation of the basic principle of natural justice as GST Council has been given the powers to adjudicate the disputes arising from its own recommendation.

Thirdly, under Article 131 of the Constitution, the SC has been granted an exclusive jurisdiction for any dispute between the Centre and states.

Accordingly, creation of any alternative dispute resolution mechanism without having sufficient constitutional sponsorship may also be open to constitutional challenge.

In view of the above, it is hoped the legislature would foresee the possible challenges to the dispute resolution mechanism in the present form and ensure the important economic reforms would not get stonewalled because of prolonged litigation into constitutional propriety.

In any case, it is desirable that the Centre and state governments respect the GST Council as a consensus building platform.

Finally, we’ve started seeing light at the end of the Goods and Services Tax tunnel!

But is it coming too fast?

With target date for rollout of GST being April 1, 2017, there are eight months for the switch over.

The first step for trade and industry would be to plan for transition, and to study the impact of GST on their business model.

Two major compliance requirements under the GST would be registration and filing of multiple returns.

The impact of these vis-à-vis the existing compliance costs may not be the same for each class of taxpayers.

For example, currently, a manufacturer takes out separate excise registration and files monthly or quarterly returns for each such factory.

A dealer takes out registrations separately for central sales tax and state value added tax and files monthly /quarterly returns under each of these laws.

For these two classes of taxpayers, there may not be a significant additional compliance burden if measured in terms of manpower or time required for compliance under the extant and the new tax regimes. For service tax assessees, compliance with GST may be an area of concern.

There is no centralised registration facility in the GST regime as is available in the current service tax regime.

So, the multi-state service tax assessees may require multiple registrations.

Input tax credit can be availed only if the correct registration number is shown on the purchase invoices.

Hence, the invoice documentation will require careful mapping to ensure credit is not disallowed.

In addition, these multi-state actors may also require Input Service Distributor registration to distribute the common input credit, which means one more monthly return to be filed by them.

However, there is a saving grace in the form of GST Network, which will take care of the interface requirements of all these compliances.

With adequate planning, it may be possible for one person or one location to take care of all these compliances.

We may need to await the model forms, rules and regulations to understand the specific compliance requirements.

In the meantime, it is better to be prepared!

The passage of the Constitutional (One Hundred and Twenty-Second Amendment) Bill, 2014, that will pave the way for the rollout of the goods and services tax is a milestone and an overwhelming event. In Malaysia, too, we had a similar overwhelming feeling on the day the GST was cleared.

One key difference is that we in Malaysia had 15 months before the rollout of GST (on April 1, 2015), while India currently has eight months at its disposal.

One of the critical issues that companies and businesses in India are likely to encounter will be the sudden rush of all entities to get GST-ready, leading to a competition for resources and putting processes, systems, skills and controls in place.

As they go along re-aligning their systems and processes to the new tax system, businesses will also be seeking a lot of clarification.

Consumers, too, will go through anxiety with many questions in their mind, seeking solid answers.

It will be critical for companies to understand their objectives while going about the process of becoming GST-compliant.

Different companies will have different objectives. Some would just about like to be GST-compliant, while a few would look at the tax reform event to build up their competitive advantage in the market.

A number of companies in Malaysia started doing the impact assessment, even before the GST law was passed.

When it comes to crossing the line (when the GST law comes into effect), these companies were more sure-footed. Given the short time span for them to be GST-ready, companies would need to map and manage their priorities.

There has to be a follow-through of each of the action steps.

They would need to take some difficult decisions, while weighing the risks attached with them.

Companies that are just about starting the process of getting GST-ready should focus on getting compliant, after assessing what they can get done over the next six to eight months.

However, companies must realise the investment in the system and process changes give a better return if looked through the lens of building competitive advantage, rather than a pure compliance-related expense.

In Malaysia, at the time of the GST rollout last year, the small and medium-sized businesses found the compliance process most challenging.

The authorities had to give them a moratorium period after the cut-off date to enable them to get GST-ready.

The government would have to educate and adequately support the SME sector to enable them to be part of the new tax system.

With eight months to go before the new indirect tax regime becomes a reality in India, everyone in the Goods and Services Tax triangle -- taxpayers, tax administrators and consumers -- needs to be educated well in advance

Based on the legal knowledge of GST available in public domain (such as the Model GST Acts, various reports on registration, payment, refunds, etc) the Centre and state governments must hold sensitising seminars across the country to educate the taxpayer community.

An early initiation of these training sessions will give taxpayers a sense of involvement.

Most of the taxpayers have concerns around key aspects such as place of supply, value of supply, time of supply, compliance provisions, etc.

These concerns could be dispelled through seminars. These platforms would also give the government a steady and reliable source of feedback.

Tax administrators at state level may not be adequately equipped with taxing ‘services’ (as state VAT is applicable on goods) whereas the Centre may not be equipped to tax ‘distribution level’ (as excise duty is applicable on manufacture). Further, to make the new tax reform work, it is important for tax administrators to ‘un-learn’ the old excise, Value-added tax and service tax laws.

If well enabled, the tax administrators themselves could become evangelists for Goods and Services Tax.

GST will impact 1.3 billion Indians in some way or the other. If not well educated, it is likely that in rural areas, the supplier may fleece the consumer in the name of Goods and Services Tax.

To ensure that Goods and Services Tax does not lead to confusion, inflation, or evasion, it is important to ensure dissemination of GST knowledge to empower the consumer.

The government may reach out to prominent consumer associations in India to communicate the benefits of GST and get valuable feedback from the key stakeholders who will actually bear the impact of GST.

Over the next 240 days (considering April 1, 2017 as the date of introduction of GST), ‘Educate, Enable, and Empower’ could be the mantra for the states and Centre to sail over to GST. 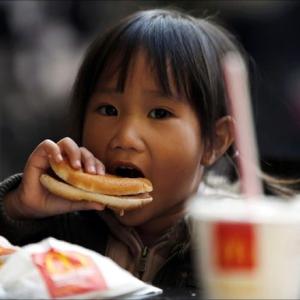