India is a great motion picture rather than a static photograph, as the evolution of the financial sector over the past four decades has shown, notes Uday Kotak. 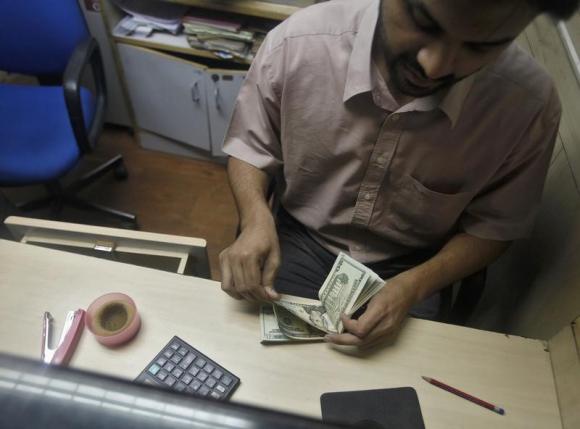 The Indian financial sector has undergone a metamorphic shift over the past four decades.

Encapsulating this journey awakens several nostalgic events of my own life - a cricket ball that hit me, an academic year lost, lessons learnt at our family business and a frank chat with my father to make a pivotal choice between a job with a multinational or a leap into entrepreneurship.

Soon enough, I was on a path that traversed a 300-square-foot workspace to a head office in the heart of India's financial hub, the Bandra-Kurla Complex, better known as BKC.

Looking back, the transformation of banking from a purely social project to a more sustainable socio-commercial business dramatically unlocked India's economic potential.

However, in the earlier socialist era, profitability and governance were relegated to the immediacy of providing institutional credit, leading to structural inconsistencies.

Administered rates and operational inflexibility choked the competitiveness of banks. One such gap sparked what I saw as an opportunity: bill discounting!

In the early eighties, banks lent to companies at 17 per cent and paid six per cent to depositors, a surreal 11 per cent spread.

I built a small business borrowing from friends and family at 12 per cent - double what they would earn from their deposits with a bank - and buying receivables of Nelco, a Tata company, at 16 per cent.

This four per cent spread paved the way for Kotak Mahindra Finance Ltd in 1985.

Over the years, we developed our business model with a vision of "Concentrated India, Diversified Financial Services". In 1987, we ventured into the lease-and-hire-purchase market.

Shortly after, we were financing passenger cars. Incredibly, automobile financing was non-existent in that era.

A customer wanting to buy a car would have to wait a long time for delivery.

We developed a model that tackled both the time and finance challenges simultaneously, buying cars directly from dealers and selling them to customers who wished to buy a car, requesting that they take financing from us. As we chugged along, India was rocked by an economic crisis.

The country was left with forex reserves of only $1.1 billion, amounting to 15 days of import coverage.

In May 1991, the government pledged 67 tonnes of gold to the Bank of England and a Swiss bank to secure an emergency loan.

The financial sector reforms in the early nineties sought to correct these imbalances. Reforms concentrated on building institutional strength and infusing accountability.

In a decision with far-reaching implications, Manmohan Singh, then finance minister, took the bold step of devaluing the Indian currency in two tranches by 20 per cent, giving a big boost to Indian exports and opening the gates for foreign direct investment (FDI) and foreign institutional investors (FIIs).

The early nineties also saw the draconian Controller of Capital Issues (CCI) being dismantled, and replaced by the Securities and Exchange Board of India (Sebi).

However, this period exposed structural distortions that were exploited by certain parties.

The capital markets scam in 1992 eroded market confidence. Around this time, we made our first acquisition, taking over FICOM - one of India's largest financial retail marketing companies at that point of time. As markets recovered, the banking industry opened up further.

During this period, we added a new chapter to our story with the Goldman Sachs Joint Venture (JV), foraying into investment banking. Shortly thereafter, we also entered the asset management business.

However, the Southeast Asian crisis of 1997-98 became a major testing point. Before the crisis, there were 4,000 NBFCs in India. Within the next couple of years, 99 per cent went under.

We were one among the two dozen-odd that survived, learning valuable lessons along the way. 2003 was our major turning point. As the economy blossomed, the Reserve Bank of India awarded us a banking licence, making us the first NBFC to become a bank.

This was an exceptional period for us as we forayed into insurance, partnering with Old Mutual when the insurance market opened up to private players. We also realigned our joint venture with Ford Credit, taking 100 per cent ownership. In 2004, we launched a private equity fund and in the subsequent year, a real estate fund. Further down, we bought out Goldman Sachs' equity stake in our investment banking and brokerage arms.

The good run of the financial markets was hit by the subprime lending crisis in 2008. The collapse of Lehman Brothers was a big blow to markets globally.

As economies were struggling to recover, the 2011 meltdown hit. Our lessons through these agni parikshas, or trials by fire, defined three important values - prudence, humility and simplicity - that are now ingrained in the way we do business.

What lies beyond? The macro environment has become more fluid and interactions have changed both in terms of content and context. Increasing internet usage, mobile penetration and fast-changing technology are creating a disruptive impact.

I anticipate a significant proportion of business will shift to new media platforms over time and in a decade or so they will become the way of life.

On a more immediate note, the change of guard at the Centre has led to incredible optimism in the market. I believe we are closer to achche din (good days).

Markets are back in swing and retail investors are steadily participating, something that was missing over the last few years.

As an organisation, we are building capacity for a bigger, bolder and better Kotak. India is a great motion picture, not a good photograph.

There is never a dull moment, reflecting a rich heritage and culture. And the depth of its liveliness can be traced in its financial and economic realities, marked by unique twists and turns.

From a closed economy dominated by nationalised banks and excessive government control to an era where private players are setting new benchmarks, the Indian financial sector is perhaps on the cusp of its next great transformation. 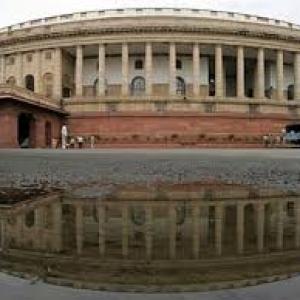 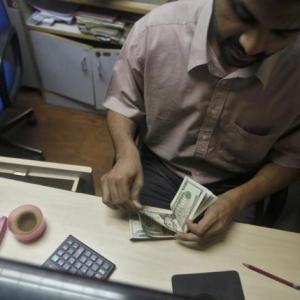