The world will wait for a Chinese stabilisation and recovery with bated breath for, in every respect. 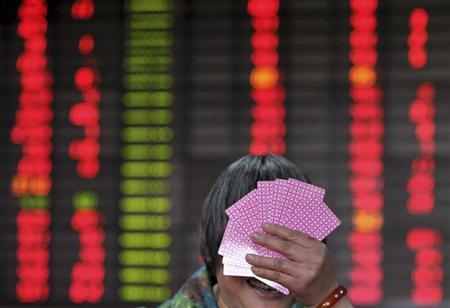 In the Napoleonic era of the early 19th century, the statesman Klemens Von Metternich remarked, "When France sneezes, the world catches a cold."

Nowadays, China is often substituted for France in that metaphor.

Certainly, it appears that China is sneezing at the moment -- recent figures suggest that outflows of money from the economy have touched $100 billion a month.

Although Chinese reserves are still comfortably over $3 trillion, it is nevertheless difficult to see how this scale of capital flight is sustainable.

This concerns all economies, including India. China is India’s largest trading partner, with over $72 billion in bilateral trade.

(India has a huge trade deficit of $48 billion).

The Communist Party has initiated a process wherein China moves from being an investment-driven, export-oriented manufacturing giant towards becoming a more consumption-led economy.

But, there is now an increasing perception that the current regime may not be capable of smoothly accomplishing this transition.

A slowdown is evident.

Gross domestic product growth was officially estimated at 6.9 per cent in 2015, which is the lowest in 25 years. Further slowdown is expected in 2016. China's stock markets have also taken a hammering.

But, the question is this: What does the central bank, the People’s Bank of China, intend?

It has eased the permitted forex trading band for the renminbi, and cut interest rates six times in 2015, indicating that depreciation of the currency is desired.

But it also spent over $500 billion defending the yuan in 2015, drawing down reserves to a still-formidable $3.2 trillion.

Yuan-denominated investments in gold and bitcoin have shot up as hedges against currency risk.

If this continues for another year, then -- given the massive size of China’s external account -- its macroeconomic stability will be called into question.

Lenders are feeling some stress.

The cost of credit default swaps has spiked up. Indebted local governments are being bailed out.

State-owned banks have been told to subscribe to municipal bond issues, which amount to some $420 billion of refinancing.

There have been several recent corporate defaults.

There may be more, with corporate debt running at 125 per cent of GDP.

A recent Ponzi scam by an online lender called eZubo duped investors to the tune of $7.6 bn.

This has hit sentiment in the informal lending system. Despite all these visible issues, fears of a hard landing may be overstated. Growth remains strong by normal standards.

The "slow" growth of 2015 generated the equivalent of one-third of India's GDP and created 11 million new jobs.

The new economy, led by Alibaba, Baidu, Weibo, Tencent, etc, is roaring. But perception is the problem. The government has bullied traders and investors and crudely manipulated news flow as the markets have fallen.

This betrays an essential lack of understanding of how open economies work.

The Chinese establishment must learn to live with that volatility, and to focus on reform.

The world will wait for a Chinese stabilisation and recovery with bated breath for, in every respect, China is too big to fail. 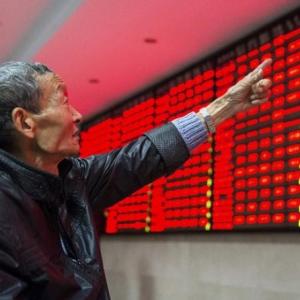