All about the Food Security Bill myth

There's nothing to back claims that the bill will fix broken PDS networks, notes Sreenivasan Jain 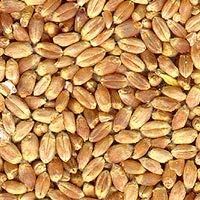 Given the economic tremors ascribed to the food security Bill, one wonders whether the prophets of doom have actually studied its financial implications.

The Bill at best makes the existing public distribution system a legal right, an aspect that seems of little consequence to the lords of high finance, whose primary anxiety is the FSB-by-numbers.

The numbers hardly merit the levels of panic witnessed at the Bill’s passage.

According to the food minister, FSB will only cost Rs 15,000 crore (Rs 150 billion) more than what the government spent on the PDS last year.

The additional grain requirement under the Bill is only 2 million tonnes (mt), from 60 mt pre-FSB to 62 mt in Year One of FSB.

At first glance, this seems improbable, given that the government is expanding coverage of the PDS from 45 per cent to 70 per cent of the population, and is slashing rates of grain by half, from about Rs 5 a kg to about Rs 2.5 a kg.

But the reason is fairly simple, not one that the government wants to broadcast.

Under the Bill, grain allotment is coming down. Earlier, the allotment was 35 kg per family.

Now, under the Bill’s 5 kg-per-person formula, calculated on the basis of an average of 4.5 members per family, each below poverty line family will get an average of about 20 kg -- 15 kg less than earlier.

In short, more people are getting less grain, which is what is keeping additional costs and grain requirement low.

Of course, there have been several challenges to the government estimates, the most credible of which ought to be the Commission on Agricultural Cost and Prices which suggests the government will need to spend an additional Rs 1 lakh crore (Rs 1 trillion) annually on the Bill.

This is somewhat baffling since the additional grain requirement is negligible, and that investment in agriculture is, or ought to be, independent of the food Bill.

But as the Chairman of the CACP points out, making the PDS a legal right means that there has to be an enhanced financial commitment to ensure an assured supply of food grain.

(How this assurance will be secured is not clear.)

In part, the United Progressive Alliance’s overstating of the FSB’s benefits is one of the reasons for the proportionately high-decibel attack on the Bill.

There is nothing in the Bill to back the government’s claims that it will magically fix broken PDS networks, other than a list of suggestions for PDS reforms, which are entirely left to the vagaries of state governments.

But pro-FSB activists make the provocative argument that the two aspects of the Bill which are mandatory -- expanded coverage and slashed prices -- can help fix PDS corruption.

The argument goes something like this: even the current subsidised BPL rates (of wheat at Rs 4/kg and rice at Rs 6/kg) is expensive for the poor, lessening interest in the PDS.

The FSB’s reduced rates (of rice at Rs 3 /kg and wheat at Rs 2/kg) will lead to a greater rush at the ration shop.

This, along with the expanded coverage puts pressure on the system from the ground-up to perform better.

Yes, some unintended ration card holders do get the benefit of subsidised grain, but the net improvement to the PDS system outweighs the losses.

The examples cited in defence of this argument are state’s such as Chhattisgarh which years ago slashed rates and expanded coverage to more than 70 per cent of the population. PDS corruption is down by almost 40 per cent in the past 4 years.

We saw this first hand earlier this year in Sarguja, in the tribal north of Chhattisgarh, where in village after village almost everyone had a ration card.

The rush at the ration shops meant more fights with the shop owner, which over a period of time has ensured a more accountable system.

But Chattisgarh’s success is not just because of more coverage and cheaper grain.

It has taken a series of steps such as handing over control of ration shops to gram panchayats and self-help groups, putting in place a highly efficient back-end supply chain and regular crackdowns on corrupt officials.

None of these measures are mandatory under the food Bill.

If things work in Chhattisgarh, or other PDS-success story states like Tamil Nadu, its because of sheer political will.

The UPA knows this, but it has deliberately steered away from focusing on PDS reforms since: (a) some of the best performing public distribution networks are in non-Congress states; and (b) because it deflates the Bharat Nirman propaganda surrounding the food security Bill as some sort of magic wand that will eliminate hunger, while it is, in fact, the good old PDS gussied up and given legal status.

Expecting this new legally-empowered PDS to get basket case state’s such as Uttar Pradesh to wise up and fix their public distribution systems is a gamble. But equally, its not a gamble that’s going to break the bank.