All about chasing real estate's shadows

Non-owner CEOs of some of India's largest publicly listed firms, regularly feted on the covers of business magazines and who live in company-supplied apartments in downtown Mumbai, discover that the day they retire they face the prospect of leaving Mumbai or moving to the deep suburbs, writes Ajit Balakrishnan 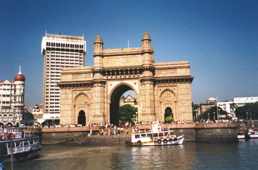 I still remember the sense of numbness I felt that day two years ago when one of the most talented software developers in our company, a 26-year-old, came to say goodbye.

"Are you going abroad to do a PhD?" I asked him.

That could be a plausible reason for him to leave.

After all, he had already, in the short three years that he had worked for us, in the middle of a punishing schedule of writing algorithms crucial for our business, found the time and energy to write two articles for international peer-reviewed journals and co-author with me a chapter in a book of readings on collective intelligence edited by a prominent US academic.

Such interests normally take a person at his age naturally into a life in academia for which a PhD is a prerequisite.

He squirmed a little, but did not meet my eye.

"No, I am not leaving to do a PhD. I am leaving to join a start-up company in Bengaluru."

"Are they giving you more interesting work than we have given you?" I asked.

"No," he said, still looking down.

"Then, are they paying you many times what we are paying you?"

"They are paying me a little more, but that's not the reason I am leaving," he said.

"My parents have been wanting me to get married. So I have been meeting girls from my hometown.

"Every one of them asks me where we will live after we get married.

"I tell them I will rent an apartment in Bombay.

"They ask me whether I don't earn enough to own an apartment of my own.

"I tell them that it is impossible in Bombay even if I travel two hours to and from work.

"When they hear this, that I cannot afford an apartment of my own, these girls quickly lose interest.

"So, I have decided to move to Bengaluru, where I can easily afford the instalments after buying an apartment.

"In Bombay, that is impossible."

I painfully adjusted to the reality of losing this very, very talented young programmer.

I was ready to take up cudgels against Mumbai's real estate industry when a friend from yesteryear called breathlessly.

She was in her fifties, unmarried and sharing with her brother an apartment that her parents had left her -- and, in the process, getting on each other's nerves.

She worked as a secretary in a firm.

Her brother -- although exceedingly bright and with impeccable academic credentials -- had never been adept at negotiating the corporate world; he was now making a meagre living on the occasional consulting assignments that people sent his way.

what," she said on the phone, when she finally managed to calm herself.

"We have received a really fantastic offer for our flat. If this sale goes through, my brother and I will be able to buy separate flats in Madras and still have sufficient money left over to put in fixed deposit to give us enough income to live on."

It was time for me to be numb for a second time, this time for a reason exactly the opposite of the first.

If on the first occasion I was ready to march against Mumbai's real estate industry for making me lose one of my most talented co-workers, here I was, now, ready to shout slogans in the industry's support for making a decent life possible for my hitherto luckless friend.

Accurate figures on the extent of the rise in real estate prices are hard to find.

In my memory, in Colaba -- the southern tip of Mumbai where I have lived through this period -- apartments that used to cost Rs 150 a square foot in the early 1980s cost Rs 40,000 a square foot today.

A rise of this magnitude has left many winners and losers.

Those of us who were lucky or wise enough to buy or inherit an apartment before this astonishing rise in prices started are smiling.

Non-owner CEOs of some of India's largest publicly listed firms, regularly feted on the covers of business magazines and who live in company-supplied apartments in downtown Mumbai, discover that the day they retire they face the prospect of leaving Mumbai or moving to the deep suburbs.

All-powerful secretaries of government departments, who while in service could make or break large business empires, face the same fate.

I asked a journalist friend who usually has real human insights into such paradoxes.

"Look at this newspaper," she said, spreading open the main English-language paper.

There was the usual banner headline revealing the latest scam done by some high-ranking public servant.

"Now, see what comes on the next page," she said.

The next page had a series of full-page advertisements for apartments.

"Each apartment is fronted by a glass façade that affords the most amazing of views, while at the same time offering you a host of luxuries in an unbelievable five acres," said one.

"Please read this newspaper from the point of view of a middle-class person, say, a bank manager in a nationalised bank or a journalist," she said.

"You see advertisements for things that are way beyond what you can afford juxtaposed with headlines pointing to corruption at high places, so you connect the two.

"You conclude that people who can afford such things are different from normal hard-working people like yourself, and that they must be corrupt.

"You then get vicarious pleasure in reading about corruption in high places and seek out newspapers, magazines and TV channels that run such stories."
Ajit Balakrishnan
Source: