There have been major mis-steps on trade, though it could be argued that these moves are part of a new strategy the new government wishes to pursue in this area. 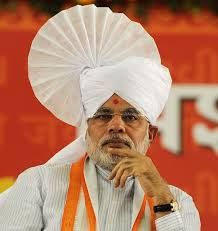 On one level, it is a good sign that the Narendra Modi government has not focused on producing any major announcements, plans, or claimed achievements in its first 100 days in power.

The problems facing India and its economy are far too severe and deep to be fixed in 100 days, and an excessive focus on the first 100 days might have indicated that the government had failed to understand that.

Certainly, the second term of the United Progressive Alliance started with every ministry declaring 100-day targets and achievements -- and nobody needs reminding as to how that turned out.

Rather than looking at 100 days, it is worth noting what portents the government’s overall approach so far suggests for the remainder of its first year in office.

Some steps are unequivocally to be welcomed.

For example, the announced abolition of the Planning Commission.

It is not yet known what will replace it, but it opens up opportunities for useful administrative reform.

The decision to sell 15 million tonnes of India’s foodgrain stocks, one taken but not implemented in the previous administration, is also welcome -- it is the first and most important step towards fixing food inflation.

Another similar decision that was taken but not implemented by the previous government was the raising of rail fares.

In spite of the partial rollback on suburban fares, the decision was praiseworthy.

It does raise the hope that the expenditure management commission that is meant to help the government contract spending might actually see some effect by the middle of next year.

The fact that some labour laws -- though not the most crucial ones -- are on the government’s agenda for alteration sends business-friendly signals; the decision to minimise inspector reports under some intrusive laws is also welcome, though changing the law is always a better idea than changing the rules governing the law’s implementation.

However, there have been some significant errors as well.

Perhaps the most worrying are those in the field of the environment, where the institutions that implement environmental protections have been systematically shredded.

There is no question that greater efficiency and clarity are needed in environmental regulation.

But that requires more sensible laws, not weakening the institutions that implement them.

There have also been major mis-steps on trade, though it could be argued that these moves are part of a new strategy the new government wishes to pursue in this area.

The government scuttled multilateral trade negotiations through a U-turn on a trade facilitation pact that would have helped India.

And it showed a lack of seriousness about Southeast Asian trade by ducking out at the last minute from a conference where a new agreement on services trade was to be signed.

In these cases, a lack of clarity about how to go about global engagement is clearly visible.

From this list, one thing stands out: this is a government that prioritises implementation, not radical new ideas.

Most of the various positive steps taken, even the financial inclusion programme, are restatements of plans already laid out by the Centre.

There is nothing wrong with solid implementation -- indeed, India has a surfeit of plans and too few managers in government.

There are enough plans to be going on for the next 265 days.

But, if there’s no grand strategy, the question arises: after that, what? 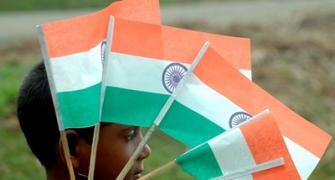 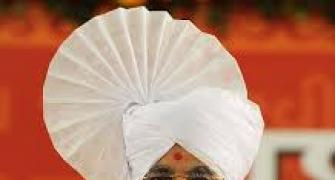