Last week’s Railway Budget is the first indicator of possibly better days. What's most important now is that the Railways delivers on this Budget, rues Shyam Ponappa 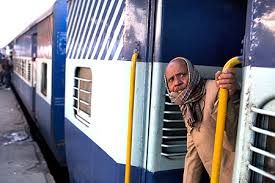 For the first time since the National Democratic Alliance formed the government last year, we have something more than grand aspirational statements to go by.

Last week’s Railway Budget is the first indicator of possibly better days, after all the rhetoric.

Perhaps the reservations of some former railway ministers and excoriating comments such as 'dreams without substance' have a basis. But in my reckoning, there’s a sense of coming to grips with reality based on a rational evaluation, and a systematic approach through problem solving.

This was backstopped by a finely balanced Union Budget that supports infrastructure and growth.

Going forward, we need more explicit articulation of detailed steps for execution and inter-sectoral linkages, which would be highly beneficial for the overall economy as well as for the Railways.

For example, on how aspects of the Budget relate to stalled and stranded power generation, how these relate to electricity transmission and distribution, and the resolution of non-performing assets of banks.

Additionally, the financial discipline of cash flows could be extended to substantially benefit other sectors. As for the financing relating to the Railways, the expectation that the details will be worked out needs to be met soon to establish credibility.

Setting aside all normative criticism, however, what’s most important now is that the Railways delivers on this Budget.

This will require more resolute coordination and emphasis on implementation than in the past, for example, in contrast to the poor implementation of the Electricity Act of 2003, a good piece of legislation that’s unfulfilled.

Extending the approach of realistic goals with explicit action plans and execution could benefit other areas of the economy and infrastructure. The elements include:

a) Toning down the rhetoric, avoiding grandiose statements and instead, defining realistic objectives.

It may be argued that realism and understatement are difficult, even counterproductive, when political rivals indulge in a race to the bottom in terms of giveaways.

This is true of state elections, as in Delhi, and at the national level, in the confusing if not irresponsible allocation of substantial funds to the debatable benefits of the Mahatma Gandhi National Rural Employment Guarantee Act.

The difficulty is that it needs responsible voters to act against opportunistic populism to discourage such gaming strategies in favour of better governance, but it will also need credible candidates with sound party positions and sustainable policies.

b) A willingness to depart radically from past practices for better results.

For instance, no new trains were announced in this year’s Railway Budget, a major, responsible departure from an otherwise pernicious customary indulgence.

c) An effort to develop a user-centric, outward-oriented strategy for improving services.

This is the opposite of a department- or ministry-centric approach, emphasising the “scheme”-driven perspective of the department/agency for limited, piece-meal targets, over an overall system in the interests of users.

Extending these principles to Digital India

Consider how these might apply to another flagship concept -- Digital India -- in telecommunications and broadband. Networks and their elements, including projects like the National Optic Fibre Network, would be treated as integral components -- stepping stones or links in a chain, and not the ends in themselves -- of a systemic delivery process for what users need: a broadband connection to the internet, which becomes the goal.

In addition to the access to general information, telecommuting, entertainment and e-commerce through the internet, additional content relating to government, educational and health services would also need to be made available over time.

Viewed from this perspective, the requirement changes from achieving targets for the installation of “x” km of fibre or “y” pieces of customer equipment, or the auction of “z” megahertz of spectrum, some of which may be stranded or not working, to achieving targets for end-to-end connectivity with high-speed access to the internet at reasonable prices for the population of users.

A classic example of dysfunctional targets was the subscriber-based spectrum allocation rule, which sought to cram the most users on the least spectrum — akin to stuffing a highway with vehicles, instead of getting them to their destination.

From this vantage, it becomes clear that policies should facilitate users’ access and connectivity to the Internet.

Therefore, systems and methods for access through elements that provide connectivity -- spectrum, fibre-optic cable, coaxial cable, or “twisted-pairs” for ADSL -- must be devised in an integrated manner and made available at low cost.

Networks are useful only if they are accessible to end-users. Here’s where the analogy of no new trains applies: for broadband, it could mean giving up spectrum auctions that fragment delivery capacity while draining away potential capital that could be invested instead in networks.

Where fibre can’t be laid and maintained economically, the intermediate linkage over several kilometres could be through reasonably priced wireless, with technologies such as microwave links in the six-gigahertz, 11-GHz, 18-GHz bands and so on, local multipoint distribution systems in the 28-32-GHz bands, TV white space (unused broadcast spectrum, for example, in the 600-MHz band), satellites, or 4G (LTE).

For India with its present state of infrastructure, governments must choose to favour delivery to end-users, collecting tolls and taxes at the back end, after the revenues and profits are made.

This is how mobile telephony succeeded in India. Broadband can succeed in the same way.

This is the way to achieve Digital India quickly, by adopting common-carrier principles on payment, whereby people in cities as well as the countryside can study, telecommute and conference for work anywhere, get health care, information and entertainment, sell their produce and artefacts, vote, and access government services.

Image: A man peers from a carriage prior to departure from the Nizamuddin Railway Station. Photograph: Daniel Berehulak/Getty Images