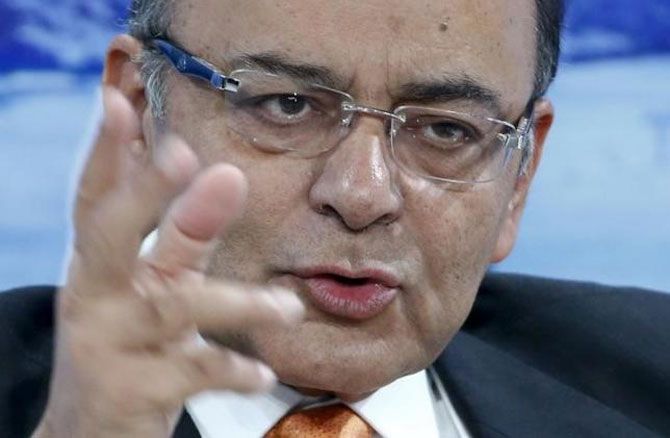 This government has stayed the course on unglamorous reforms and tax proposals, feels Rathin Roy

In the run-up to the Budget, there had been a debate on the desirability of sticking to fiscal consolidation.

The Economic Survey tantalisingly presented both sides of the argument.

The decision in the Budget was as important to the fiscal health of India, as exam numbers were to the students the Prime Minister addressed on Sunday.

I am elated the government has maintained its commitment to stick to the fiscal consolidation path.

It has maintained the fiscal deficit at 3.9 per cent of gross domestic product in FY 2015-16.

It has reduced the revenue deficit to 2.5 per cent from the projected 2.8 per cent.

The government has also committed to deliver a fiscal deficit of 3.5 per cent and a revenue deficit of 2.3 per cent of GDP in FY 2016-17.

This consolidation has been achieved in very difficult circumstances.

Growth has been lower than projected, the external environment difficult, the pressure to spend more from just about every interest group considerable.

The fact that the government has maintained India’s credibility by sticking to fiscal commitments is such a relief that I am tempted to end this column here.

But there is more to commend in this Budget.

The government has finally bitten the bullet and commenced important structural reforms in the fiscal and financial architecture.

I have, in the past, criticised successive governments for treating the business of tax collection no differently from a British-era zamindari, with tax targets being set by fiat, and taxpayers then being harassed and hounded to meet these.

This Budget has broken with that horrid tradition.

More than half of part B of the Budget (on taxation) is about reducing litigation, providing certainty and simplifying and rationalising the tax system.

The measures proposed, if successfully implemented, are radical and will mark a regime change in the taxation framework of this country.

The government has also delivered on its promise made in the last Budget, and commenced reducing the headline corporate tax rate while lowering exemptions.

These are strategic reforms, which will yield a higher tax-GDP ratio with less taxpayer harassment and greater transparency in the medium term.

Given this, I am not going to churlishly quibble about the usual irrelevant tinkering with individual tax reliefs and exemptions that still remain.

I have been depressed about the bipartisan inability of successive governments to make important structural changes in fiscal management, especially public expenditure reforms.

The absence of any output in the public domain from the expenditure management commission has only added to my depression.

It is, therefore, heartening to see that the government has initiated a series of concrete measures on this front.

Every fiscal entity must have a strategic framework within which it decides what assets to keep and sell, in line with its delivery priorities.

The Budget signals the government's intention of going down this road and I can only applaud.

I have disliked the use of the word 'schemes' to describe public spending initiatives.

This was resonant of fiscal drag and pandering.

Every 'scheme' will now have a sunset date and outcome report.

This is a commendable move.

The government has also decided to do away with the Plan/Non-plan classification.

Presumably, this means that we will have a modern medium-term fiscal framework in place with medium-term expenditure ceilings that can be allocated, and a credible revenue forecast built around a macro-fiscal framework that specifies how much the government will borrow to meet its fiscal aims.

Thus, this Budget has put in place all the building blocks necessary to build a fiscal framework that will finally shift India from outdated annual budgeting to strategic medium-term fiscal execution.

In this context, I read the proposed review of the Fiscal Responsibility and Budget Management Act as a step in that direction, unlike many who, I suspect, will see this as a sign that the government wishes to backtrack on its future consolidation commitments.

Other important reforms -- to the Indian financial code, rationalising Centrally Sponsored Schemes and targeting subsidies and improving the ease of doing business -- have also been announced.

Overall, I get the sense for the first time in my career, that the Achilles heel of fiscal management in India -- a broken disarticulated fiscal process -- is being addressed.

There are, of course, some bad habits that persist in this Budget.

The most serious of them is the continued tendency to increase cesses rather than tax rates to meet intended spending objectives.

This would nominally be an optical matter, but in our system cesses are not shared with states and imposing these is tantamount to an unfair theft of resources from the divisible pool.

There continue to be an unacceptably high number of exemptions and rebates on direct and indirect taxes, which clearly pander to specific interest groups and leech revenue that could be used for other purposes.

This is a bad legacy that continues.

The share of subsidies in total expenditure has not fallen, despite a fall in fuel subsidies.

Irrelevant announcements continue to be part of the Budget, including how long retail stores should be kept open, linking state employment exchanges with the national career service and, especially, paragraphs 104 and 105 of the Budget speech, which promise 'closer engagement between different states and districts in a structured manner' that I find incomprehensible.

There will be issues in detail, which may be disingenuous, another legacy of years past.

But these trespasses are eminently excusable in the light of what has been delivered.

Like every Budget, this one makes grandiose claims and seeks to please political constituencies.

But unlike many in the past, it maintains prudence, enhances the government's credibility as a fiscal manager and initiates important, unglamorous structural reforms.

For this reason, I have not written such a fulsomely positive review of any Budget since 1997.

I live in hope that I will not have to wait this long to write another one.

Rathin Roy is director, National Institute of Public Finance and Policy, and member, Prime Minister's Task Force on Poverty. These views are personal 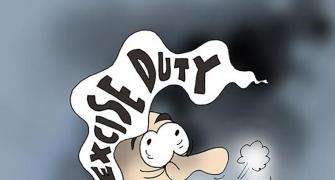 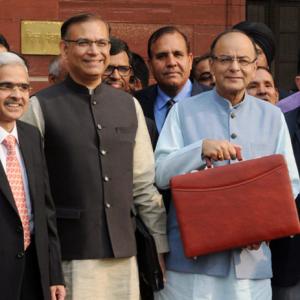