Acche Din seems to have receded further and further

'Our prime minister has set a scorching pace. He's logged more airline miles than professional airline pilots... On his regular visits to Delhi, he has also signed files galore.'

'How much of this activity has translated into useful action on the ground,' asks Devangshu Datta.

In the past 18 months, events across India's political landscape have lent weight to two of the most influential hypotheses in management theory. One is Parkinson's Law, which states that work expands to fill the time available. The other is the Peter Principle, which postulates that managers rise to their personal level of incompetence.

Parkinson noted that among other things, bureaucracies multiply regardless of the volume of work they are required to do. Civil servants are past masters at staying visibly busy while doing nothing that serves much purpose.

The classic example cited by Parkinson was that the number of British civil servants dealing with colonial affairs expanded steadily, even as the British Empire contracted rapidly.

The same principle of work expansion applies to politicians. A high-profile politician may, for example, be 'working' 18 to 20 hour days without taking any breaks. This doesn't necessarily mean that he or she actually gets much useful work done.

Conversely, a politician who enjoys his long siestas and takes lots of holidays as the late Ronald Reagan did (or Atal Bihari Vajpayee for that matter), may accomplish a great deal.

In the past 18 months, Parliament has convened like clockwork, for session after session. However, key Bills have remained stuck in limbo despite parliamentarians diligently swiping in, or whatever our legislators do, to register their presence in the house. There's been no GST, no changes in labour laws, no changes in land acquisition and compensation models.

Outside Parliament too, Union ministers have shown commendable zeal and put in long hours and bureaucrats have been forced to forego their golf and shuffle files around instead.

Our prime minister in particular has set a scorching pace. He's logged more airline miles than professional airline pilots; he has pressed flesh (and eaten vegetarian food) across destinations as diverse as Madison Square Garden and Motihari. On his regular visits to Delhi, he has also signed files galore.

How much of this indefatigable activity has actually translated into useful action on the ground?

Acche Din seems to have receded further and further into the distance.

Employment gains have been marginal.

The Swacch Bharat campaign has given rise to an unpopular cess and many scatological jokes about bovine urinals and arsenals.

Nobody has seen hide or hair of that famous Rs 15 lakh per capita of black money, which was supposed to be disgorged and repatriated.

The divestment targets will be missed by what would be an embarrassing distance, assuming politicians could possibly be embarrassed.

GDP growth hasn't accelerated noticeably. If we translate back to the old methodology of calculation, and adjust for the statistical weirdness caused by negative deflators, there has been hardly any change in GDP growth rate.

The power sector in particular, continues to look like a black hole swallowing megatonnes of cash.

On the social side, health care spending has been cut.

Pollution has increased in every Indian metro.

From Parkinson to Peter is a logical progression. One possible reason for activity not translating into work could be incompetence.

The Peter Principle examines incompetence and its causes. Peter looked at corporate structures. He pointed out that individuals were promoted on the basis of their track records in previous roles. (This excludes trivial cases where the promotee is the child, grandchild or sexual partner of the promoter). Hence, individuals continued to be promoted to positions of greater responsibility until they hit their personal levels of incompetence.

The current PM is there on the basis of his track record as a chief minister of a state, which he ran with a fair degree of efficiency. The finance minister was appointed because he had impressed all and sundry (especially the PM) with his insouciant stalling tactics in opposing the passage of GST in the Rajya Sabha. 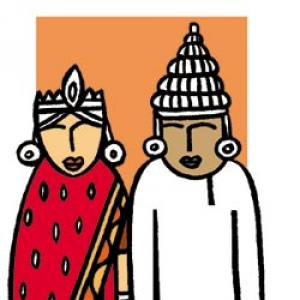