Didn't know what they had done: Rapist's neighbours

Four of the six accused in the gang-rape of a Delhi student live in Ravidas Camp slum in RK Puram area of South Delhi. Rediff.com's Priyanka visits the basti to get reactions from their family and neighbours. 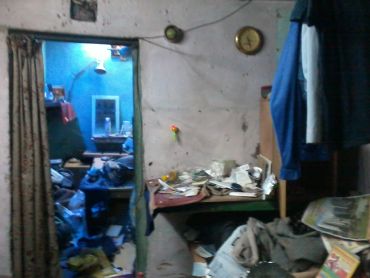 The two-room house of Ram Singh in Ravidas Camp, in south Delhi has been ransacked. His bags have been searched and clothes lie strewn in the room. A few empty liquor bottles are piled carelessly in a corner in one of the rooms.

Ram Singh, a driver, is one of the six accused in the brutal gang-rape of a young physiotherapy student from Dehradun. Singh and five other accomplices picked the 23-year-old girl and her male companion from Munirka bus stand at about 9.15 pm on Sunday night.

What followed has horrified an entire nation. The girl was brutally gang-raped in a moving bus and later thrown out of the bus with her friend. She is now struggling for her life in a city hospital.

Four of the accused in the case -- driver Ram Singh, his brother Mukesh, Pawan, a fruit seller and Vinay Sharma, a junior gym instructor, all live in Ravidas camp in R K Puram in south Delhi, with their families.

Ravidas camp is like any other slum, only a tad bit cleaner. The houses are cramped close to one another leaving narrow alleys to move around. The walls are painted in bright colours, mostly blue, and are built with bricks alone (no plaster). The houses are covered with tin roofs, which appear much lower when you enter a house. Almost all houses are lined with plastic utensils to store water.

One of these houses belongs to Ram Singh. There is photograph of his wife who died four years ago. On the table is a photo album with pictures of him with his wife. There is also an official photo identification card. There is uneaten food lying on the floor. The rest of house is in shambles.

Ram Singh's mother married twice. He and his brothers Mukesh (who is also an accused and under arrest) and Suresh were born to her second husband Mange Singh. His half brother, Raju, from the mother's first marriage, lives a few houses away.

Raju is in police custody for interrogation. His wife Asha doesn't have anything good to say about Ram Singh. She observes that he used to drink a lot and it was quite normal for him to get into verbal brawls over petty things. He would often abuse verbally.

She says he would come to the house at odd hours and all she knew of him was that he was a driver. She doesn't know if Ram Singh was educated, while Raju, she says, studied till class five and worked as an electrician.

"We have nothing to do with Ram Singh," says Asha. "What he has done is very bad and he should be hanged for it. He didn't think of his actions and how it would affect us."

Asha claims that they helped the police nab Mukesh from Rajasthan. "The police have also taken my cell phone thinking we might want to contact them," she explains.

The three brothers, it seems, were very close to their mother. "Wo toh apne beton par jaan deti hai," Asha says of the mother.

However, for his neighbours, or the children who pace in the lanes excitedly, Ram Singh was short tempered and would get irritated, shout at them and would often verbally abuse them.

But there is nothing more anybody here can offer to somewhat map the reasons for Ram Singh's actions. All that his neighbours can tell is that he used to turn up the volume while watching television.

Ram Singh had, however, been involved in a couple of bus accidents and had also broken his arm once, says another neighbour.

On being asked if they understood what had happened, a group of young boys, say, "Yes, we do know what has happened, and it is very bad. They should all be punished."

All of them go to schools, and no, they don't study in government schools. A few of them study in a Dayanand Anglo-Vedic school nearby. Tuition classes are also held regularly here.

The basti is a cluster of about 50-60 houses and most of the occupants here work as daily wage labourers, auto drivers, bus drivers or mechanics.

While nobody contested that Ram Singh was indeed abusive, the young boys refused to believe that Vinay or Pawan were involved in the rape of the girl. (Both Vinay and Pawan are also accused in the crime and are in police custody.)

Vinay Sharma stays a little further from where Ram Singh lives. The room houses Vinay, his parents, two younger sisters Illu and Manju and the youngest in the house, 13-year-old Umesh.

His parents were called to the police station after Vinay confessed to his crime earlier on Wednesday.

"I don't know anything," says Manju, Vinay's sister. She says that Vinay worked hard, as a junior gym instructor from 6 am to 2 pm, and from evening till late in the night as a waiter in a hotel nearby.

"He earned about Rs 3,000 a month and used to give all the money to his mother. He seldom had pocket money with him," she says.

In the absence of their parents, the young brother and sister try hard to dodge prying cameras in the basti.

"Please ask him (Umesh). He (Vinay) used to tell him everything," she says.

The two brothers are close. "He is a good brother. He used to often drop me to school," says Umesh.

It is hard to decipher how the young boy feels about the incident.

"We were playing marbles on the road on the day when Ram Singh called out to Vinay and asked him to join him (on Sunday night)," says one of the boys.

Vinay and Pawan were hardly the closest of friends, but Ram Singh started abusing them and almost forced them to join him and his brother Mukesh.

"Ram Singh must have done something, but I don't think Vinay or Pawan would have done anything to the girl," says Umesh.

"You have not seen Vinay!" exclaimed one of the boys, "He is well-built and is physically very strong. He works at a gym."

The women in the basti now come out and speak up. "What has happened is very bad and if they are guilty then the boys should be punished," says Leelavati, a resident.

"It is true that the boys (Vinay and Mukesh) grew up before us," argues Ramvati.

Vinay and Mukesh came home on Sunday and, apparently, didn't say a word to anyone before they were arrested the next day.

"It is true that after they (Vinay and Mukesh) returned home on Sunday and until the time they were arrested in the evening the next day, we just could not say what they had done or why they did this," says Ramvati.

"But we didn't know what they had done or why," says another resident Kamlesh.

Photograph: The ransacked house of Ram Singh, one of the accused in the gang-rape case. 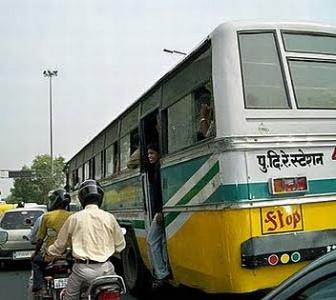 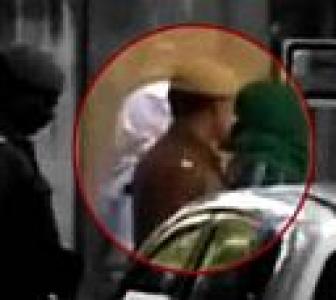 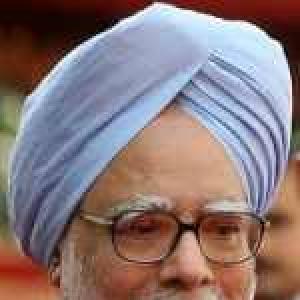